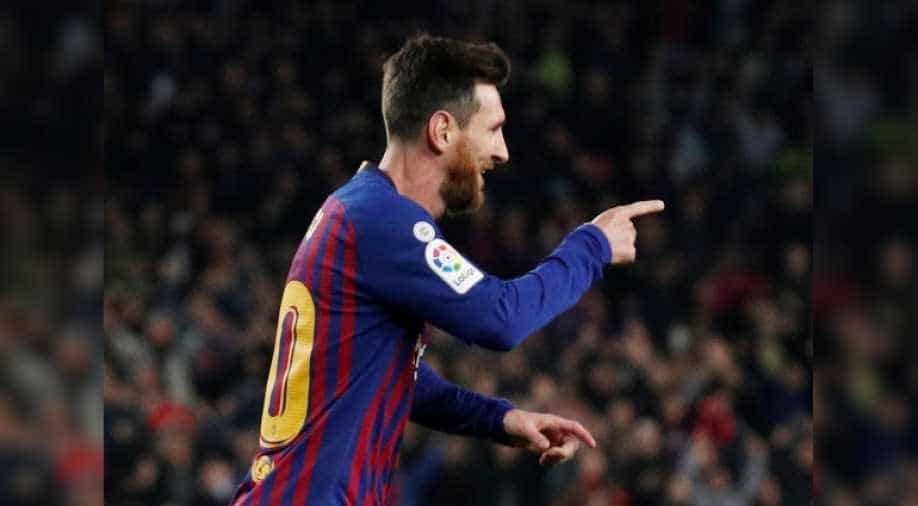 Lyon are the clear underdogs but they have already shown they can rise up to the big occasions.

Olympique Lyonnais will be out to 'reduce' the influence of Lionel Messi when they host Barcelona in their Champions League last-16 first leg without their talisman and captain Nabil Fekir on Tuesday.

Fekir will be suspended for the game, limiting Lyon's striking power as Bruno Genesio's side will rely on defender Ferland Mendy to contain Argentine forward Messi and French striker Ousmane Dembele.

"Nabil Fekir is our captain and technical leader. We will have to do more to compensate for his absence," Genesio told reporters on Monday.

"We will have to reduce Messi's influence."

Despite Messi having scored more than 100 times in the Champions League, Lyon midfielder Houssem Aouar has confidence in his team mate Mendy to control proceedings at the Groupama Stadium.

"I think that Ferland Mendy is ready to face Messi," he said.

"We are confident in the qualities of our squad."

Aouar's enthusiasm may yet be dented as Lyon are also sweating on the fitness of defender Jason Denayer and midfielder Tanguy Ndombele.

The French side geared up for Tuesday's clash with a hard-fought 2-1 Ligue 1 win against Guingamp on Friday while Barca needed a Messi penalty to beat Real Valladolid 1-0 in La Liga on Saturday.

Lyon are the clear underdogs but they have already shown they can rise up to the big occasions, inflicting Paris St Germain's only Ligue 1 defeat of the season a couple of weeks ago. They also beat English champions Manchester City in the Champions League group stage in September.