Looked up to Lara, says Shimron Hetmyer after regaining form 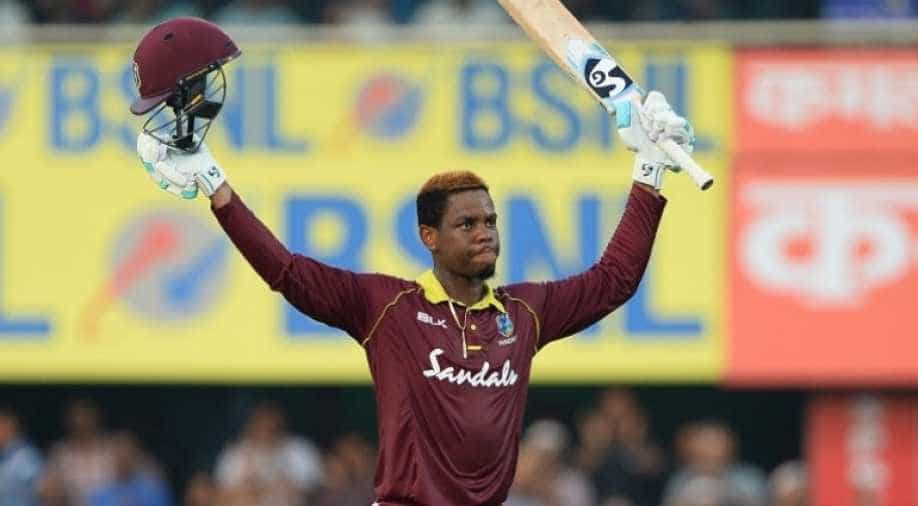 West Indian swashbuckler Shimron Hetmyer Tuesday said he looked up to the great Brian Lara and thanked his country's legends for backing youngsters like him to "keep trying" despite the fact that the islands' plummeting graph in cricket has refused to head north.

The 21-year-old Hetmyer bludgeoned his way to a 78-ball 106 in the first ODI against India in Guwahati, redeeming himself after a disastrous Test series, in which he managed just 50 runs across four innings at 12.50.

"I did look up to Brian Lara when I used to watch cricket, but most of it (shots) comes naturally to me. I am a natural stroke-player and try to play each ball on merit," Hetmyer said during a chat after a training session.

"I have spoken to a few legends in the past, they are quite fun actually, easy going -- Lance Gibbs, Sir Viv Richards and Brian Lara, Some of the other stars, too. Knowing that they are backing you makes me feel good," he said.

"They tell me to be 'just be yourself', they give suggestions like play each ball on merit and all. They try to help in every way possible, make it as easy as possible for us and encouraging us to keep pushing," he added.

At the Barsapara Stadium, the Guyanese looked a far cry from his struggles in the Tests, nonchalantly hitting six sixes and as many fours, his knock also adding a dash of the Caribbean flavour of the good old days.

"I had a bad Test series, it was not one of the best ways to start a series in India but from there on I tried to forget about that as much as possible and the senior guys helped.

They said don't worry and look forward to the next game," he said.

"I have quite a few experienced guys to lean on, to know how it was before, even the coach (Stuart Law) who has played for Australia. How much of the big change has happened from then to now. How they played their game," he added.

India off-spinner Harbhajan Singh is sure he will be a big draw in the next Indian Premier League (IPL) players' auction, thanks to his big-hitting capabilities.

Unlike a few renowned players from the Caribbean islands who have turned to T20 leagues across the world, Hetmyer said his first priority now is to represent the West Indies.

"It's a good feeling to know that one of the great spinners from India has rated me that high. It is a dream of mine but right now I am taking one step at a time, so I would see what awaits. But right now, I am focused on representing West Indies," he said.

"I think everyone aspires to play in the IPL but first you want to represent West Indies. That is possibly the biggest thing you could possibly do as a cricketer and then you would take it from there," he added.

"He is positive for West Indies cricket. It's good to see a youngster coming and scoring crucial runs and I can only urge him, and hope that he continues to do well and repeat that kind of performance that is best for his team in the coming matches," Holder said.

Asked about playing cricket in his native, Hetmyer said, "It isn't that difficult to play cricket in Guyana. Yes, there are lot of players from other islands playing for West

Indies, but once you are trying to do what you want to and excel in the Caribbean, there is a good chance of being picked in the junior and senior teams."