Lionel Messi is on the cover of an Indian 'beedi' brand, and internet can't stop laughing 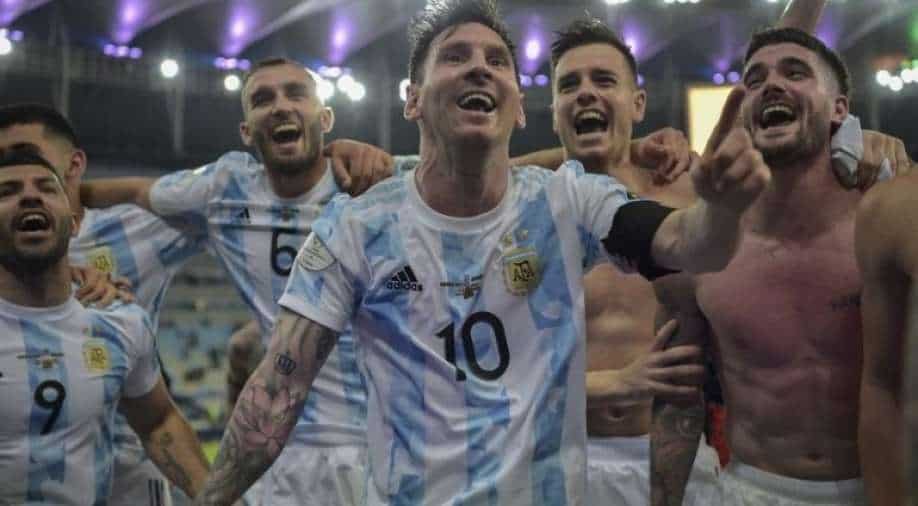 A picture of the Argentine star Lionel Messi went viral on Indian social media, showing the six-time Ballon d'Or winner on a local beedi brand. The package proudly read 'Messi biri' with the Barca star's happy face printed on it.

Lionel Messi and Co. paid the perfect tribute to late football legend Diego Maradona as Argentina lift their first Copa America title since 1993 as they beat hosts Brazil by 1-0 to lift the coveted trophy. The win also marks the end of Lionel Messi's trophy drought with Argentina. This is his first cup with Argentina since winning the gold medal during the 2008 Beijing Olympics.

And now, a picture of the Argentine star went viral on Indian social media after the six-time Ballon d'Or winner featured on a local beedi brand. The package proudly read 'Messi biri' with Barca star's happy face printed on it.

A beedi is a thin cigarette or mini-cigar filled with tobacco flake and commonly wrapped in a tendu, which originated in the Indian subcontinent.

Here are some hilarious reactions to the photo.

Smoke and you will never miss a penalty in life. Special packing for England team. 😁😁 https://t.co/8wH0eK346m

Smoke and you will never miss a penalty in life. Special packing for England team. 😁😁 https://t.co/8wH0eK346m

Lionel Messi was named the Golden Boot victor after smashing four goals he scored and the assists to his name. Gianluca Lapadula and Lautaro Martinez scored three goals each.