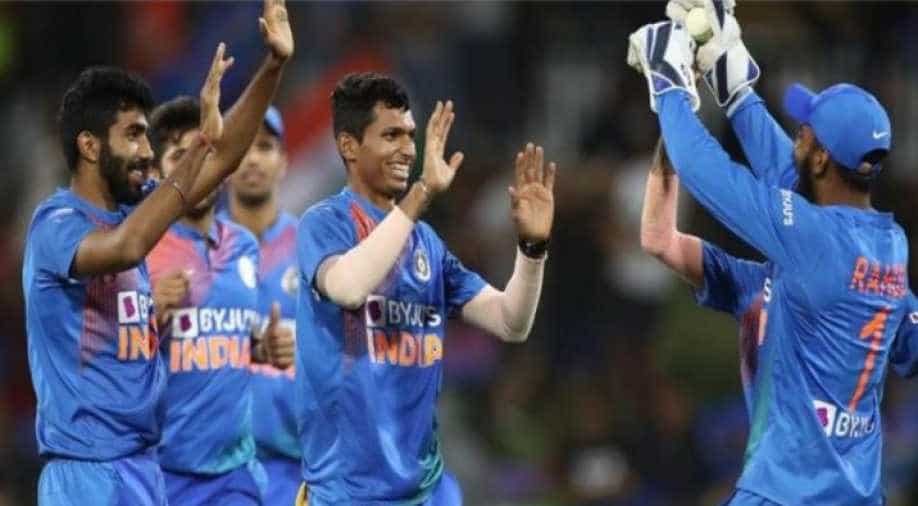 The team was fined under Article 2.22 of the ICC Code of Conduct for Players and Player Support Personnel, which relates to minimum over-rate offences.

International Cricket Council (ICC) has fined the Indian cricket team 20 per cent of its match fee for maintaining a slow over-rate against New Zealand in the fifth and final Twenty20 International in Mount Maunganui.

The sanction was imposed by Chris Broad of the Emirates ICC Elite Panel of Match Referees after India was ruled to be one over short of the target after time allowances were taken into consideration.

The team was fined under Article 2.22 of the ICC Code of Conduct for Players and Player Support Personnel, which relates to minimum over-rate offences.

In this case, the team was fined for every over their side failed to bowl in the allotted time.

To avoid a formal hearing, India stand-in captain Rohit Sharma pleaded guilty to the offence and accepted the proposed sanction.

India won the match by seven runs on Sunday to complete a rare 5-0 series whitewash over New Zealand in the shortest format of the game.

Virat Kohli's men have been fined for slow over-rate for the second time consecutively.

On Saturday, the Indian team was fined 40 per cent of its match fee after falling short of the target by two overs in the fourth T20 International at the Westpack Stadium.