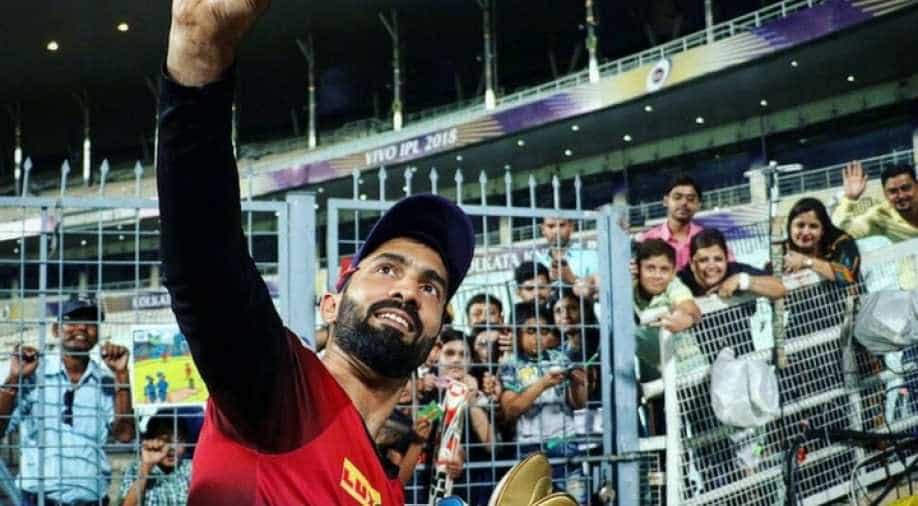 Kolkata have moved up on the IPL league's table after registering a comfortable win against then table-toppers Chennai.

Dinesh Karthik played a skipper's knock and scored 45 runs off 18 balls to earn two crucial points for the team and led from the front to take his team to the victory side.

After receiving the "Man of the Match" for his splendid innings, Dinesh Karthik went to meet a very special fan to share his winning moments.

Karthik met a wheelchair-bound young man Harshul Goenka who has cerebral palsy. Harshul is a die-hard fan of Kolkata team and does not miss a single match.

He usually accompanied by his mother Rajani and watches all the matches of Kolkata which are scheduled to take place at Kolkata's home ground, Eden Garden stadium.

Co-owner of Kolkata and Bollywood's leading actor Shah Rukh Khan once surprised Harshul by spending time with him.

Shah Rukh also ensures that tickets are sent to Harshul so that he never misses out on a single match.

Skipper @DineshKarthik shares a moment with @harshulgoenka1, our Special KnightRider! ?

Kolkata have played nine matches so far and out of which they have won five. With ten points, team Kolkata is currently sitting at third places of the points table.