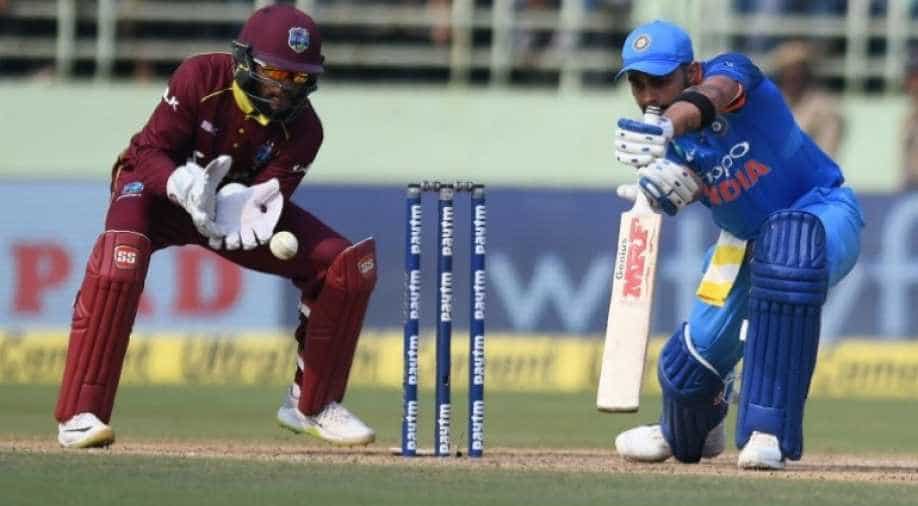 India notched up 321 for six, while the West Indies, needing 14 runs in the final over and five off the last ball, levelled the score with Hope (123 not out) cutting Umesh Yadav for a boundary.

Besides Hope's ton, there was also Shimron Hetmyer's 94-run blitzkrieg.
Kuldeep Yadav showed his worth again with three wickets.

Opting to bat, Kohli fired 157 off 129 balls, while Ambati Rayudu, who is seen as the answer to the team's persistent problems at the number four slot by Kohli himself, made a fluent 73 off 80 deliveries.

The 29-year-old Kohli, who hit 13 boundaries and four sixes, bettered the iconic Sachin Tendulkar's record by an incredible 54 innings, and then went past 1000 runs in the calendar year in only 11 innings, which is also the fastest.

During their stay in the middle, the two were involved in a partnership of 139 runs in 142 balls for the third wicket at the Dr YSR ACA-VDCA Cricket Stadium, set amidst picturesque hills.