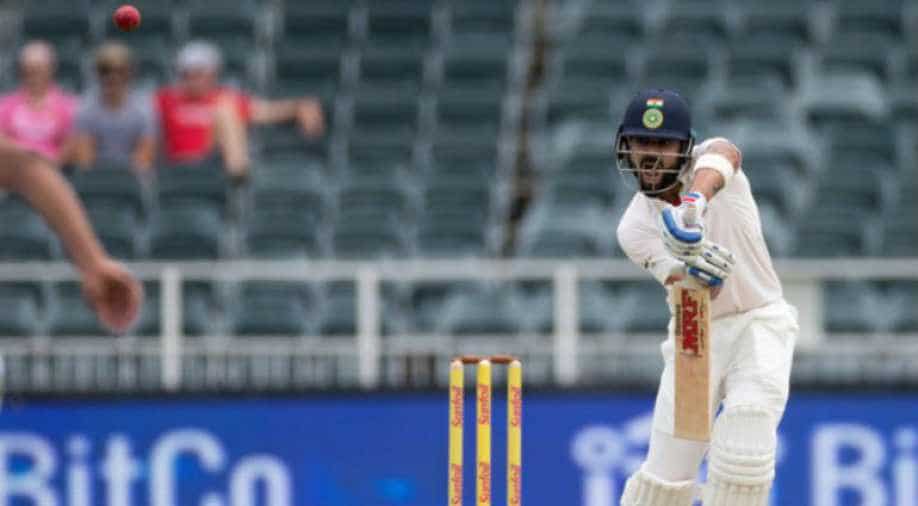 Virat Kohli plays a shot during the match. Photograph:( Reuters )

With 3456 runs as captain, he tops the list of Indian captains scoring runs in Test Cricket.

Virat ranked to the first position after he scored 41 runs in the second innings of the third test between India and South Africa at Wanderers in Johannesburg.

The second position is occupied by MS Dhoni with 3454 runs as captain.

While Dhoni scored the runs in 60 test matches, Kohli just took 35 tests to surpass his score.

The fourth and fifth place are occupied by Mohd Azharuddin with 2856 runs and Sourav Ganguly with 2541 runs respectively.