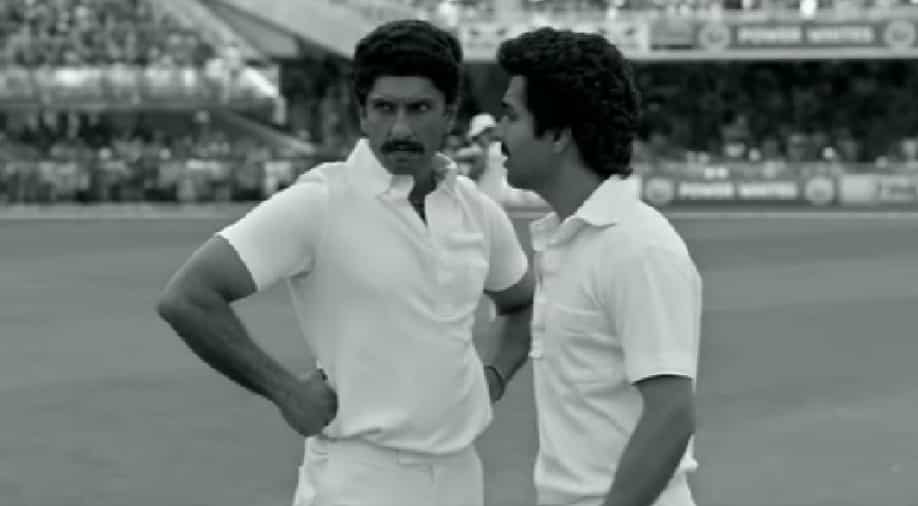 Kapil and Lal recently recalled how they plotted revenge against Viv Richards in the 83' World Cup final. Photograph:( Instagram )

1983 World Cup-winning captain Kapil Dev recalled his conversation with his former India teammate Madan Lal during the final as he recalled how the duo plotted 'revenge' against Sir Vivian Richards.

Fans are all set to take a trip down memory lane when Ranveer Singh-starrer 83 hits the theatres on (Saturday) December 24. The film traces the story of India's unforgettable maiden cricket World Cup triumph in 1983 when the Kapil Dev-led side beat the mighty West Indies in the final at the iconic Lord's Cricket Ground to script history.

The hype surrounding the film is unreal with fans eagerly looking forward to witnessing Ranveer turn reel Kapil Dev. One of the major highlights of the film ahead of its release has been the near-perfect portrayal of the members of the 1983 World Cup-winning side by each of the actors.  Read WION's review of '83' here

The entire cast has gotten into the skin of their respective characters and the lesser-known anecdotes from India's journey to their maiden World Cup crown have been portrayed to perfection in the much-awaited film. Despite the victory being one of the biggest in India's cricketing history, it had not been documented well in the past.

However, 83 looks set to bridge that gap and give fans a great insight into what went into the making of India's first-ever World Cup-winning team which ignited the passion for the sport across the nation. Recently, at one of the promotional events of 83, Kapil Dev and Madan Lal recalled how they plotted 'revenge' against Sir Viv Richards in the 1983 World Cup final against West Indies.

Lal, a member of the 1983 World Cup-winning side, was being taken to the cleaners by Richards in the final with West Indies chasing the target of 184. Despite being hit for runs, the former India pacer went to his captain - Kapil and asked for one more over.

Kapil, who was clearly not willing to risk handing over the ball to Lal, reluctantly agreed after he was convinced by the former pacer for a shot at redemption against Richards, who had taken him apart in the previous over. While speaking at the event, Kapil recalled how Madan walked up to him and requested for another over despite being dispatched all over the park by Richards.

Kapil eventually agreed and the move reaped rewards for India as Lal managed to dismiss the dangerous Richards on 33 off 28 balls to turn the final in India's favour. The incident has been also depicted in 83. A clip of Kapil and Lal recalling the episode during a promotional event was shared by the official Instagram handle of the film.

Madan Lal was one of India's best bowlers in the final and the tournament as he returned with three wickets in the summit clash. India bundled out West Indies for a paltry 140 runs in the final to register a massive win by 43 runs and lift their maiden World Cup trophy.