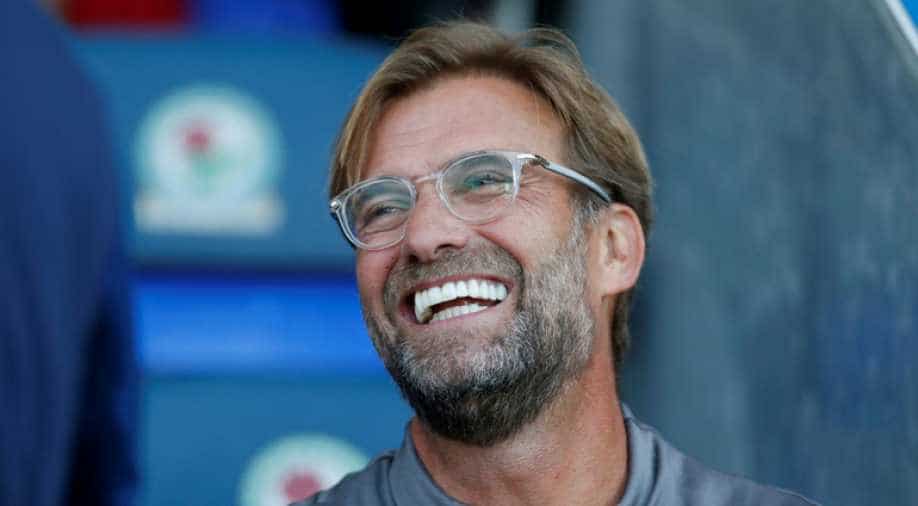 Liverpool are five points ahead of defending champions Manchester City at the top of the table.

Liverpool manager Juergen Klopp says his team have shown they are mentally equipped to handle a title run-in, having acquitted themselves well in high-pressure situations over the past few years.

Liverpool, who are five points ahead of defending champions Manchester City at the top of the table, drew 1-1 at home to Leicester City on Wednesday, prompting questions about their ability to stay the course as tension mounts in the run-in.

"There was pressure last year, a lot of pressure when we played Manchester City away in the quarter-finals of the Champions League, and we dealt with it.

"Will there be nervous moments? Yes, for sure. Don't make them bigger than they are because there were nervous situations last year, two years ago, three years ago. That is part of football."

Liverpool could end a 29-year wait for the league title if they can hold on until the end of the season and Klopp knows the club's fans are likely to be feeling tense.

"This club has not been champions for 29 years, so how can people sit there and watch it like (they are watching) City?" he said.

"I don't know how often they have been champions in the last five or six years – 'Yeah, one more, why not? Whatever.'

"It's a different situation. We really, the people really, desperately want it, that is how it is, they really want it with all they have. I get that and we try with all we have. But there are no guarantees. I am not a nervous person."