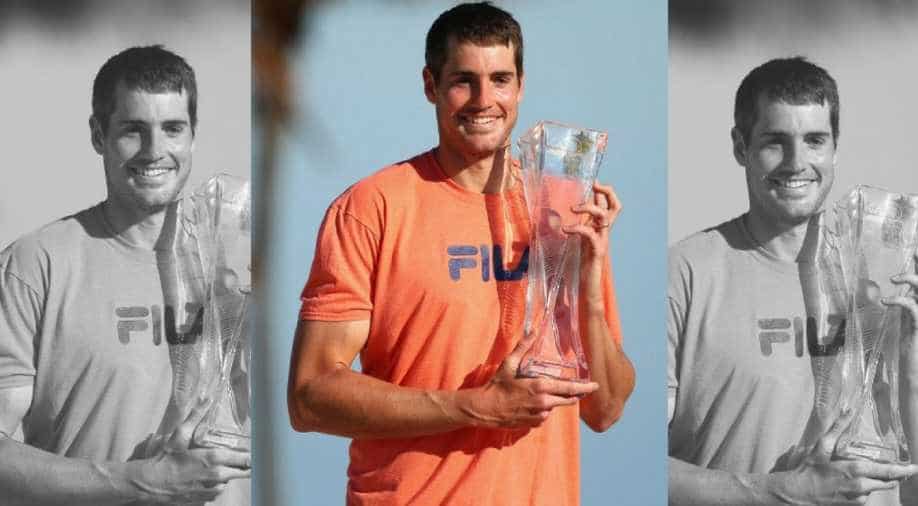 The 14th seed had lost his previous three major tour final appearances in 2012, 2013 and 2016 but came back from a set down to beat Zverev in&nbsptwo hours and 29 minutes.

The victory capped a superb tournament for Isner, who endured a difficult start to 2018 which included an early-round exit at Indian Wells in his lead-in to Miami.

"I couldn't have scripted this. I came into this tournament, I won one ATP [World Tour] match all year and was playing very poorly," Isner said.

"I won my first match in three sets and that's how tennis goes — you start to gain a little confidence and next thing you know things start to roll your way."

Isner is the first US player since Andy Roddick in 2010 to lift the Miami title.

Isner will also reclaim a career high world ranking of ninth after the victory, the 13th title of his career.

"It’s up to me now to keep pushing forward," he said. “To get over the hump in tournaments like this is a big thing mentally for me.

"We cleared that hurdle this week. I went into every match super fresh and loose. I will be a force if I can continue to play freely."

Both Zverev and Isner were faultless in their service games and the first set predictably went the distance before fourth seed Zverev prevailed when Isner sprayed a backhand wide.

The break, however, finally came for Isner at 4-4 in the second set and when Zverev, who missed the chance to return to number three in the world with this defeat, failed to hold at 5-4 in the third, Isner sealed the best win of his career with an ace.

The German, whose frustrations boiled over when he smashed his racket on the ground after that critical break, proved his billing as one of stars of the future by making his third Masters final and now heads to Spain where Germany play in the quarter-final of the Davis Cup.

"I missed more shots today than I did the whole tournament. I played badly from the baseline but it’s not easy against John," said Zverev who admitted he will have just one day of practice before taking on the Spaniards in Valencia. "He always makes it difficult.

"I kind of lost the match myself but I have known him since I was 14 so although I am never happy to lose, I am happy for him that he’s won his first Masters."

It was a fitting way for American players to say goodbye to Key Biscayne, home of the Miami Open for the last 32 years, before the move to Hard Rock Stadium next year. Florida born Sloane Stephens won the women’s title on Saturday before Isner stepped up to the plate 24 hours later.

"With the atmosphere and the support, it was amazing," said Isner.

"You just can't replicate that and for me to come out the winner in the last men's single match ever here is unique."