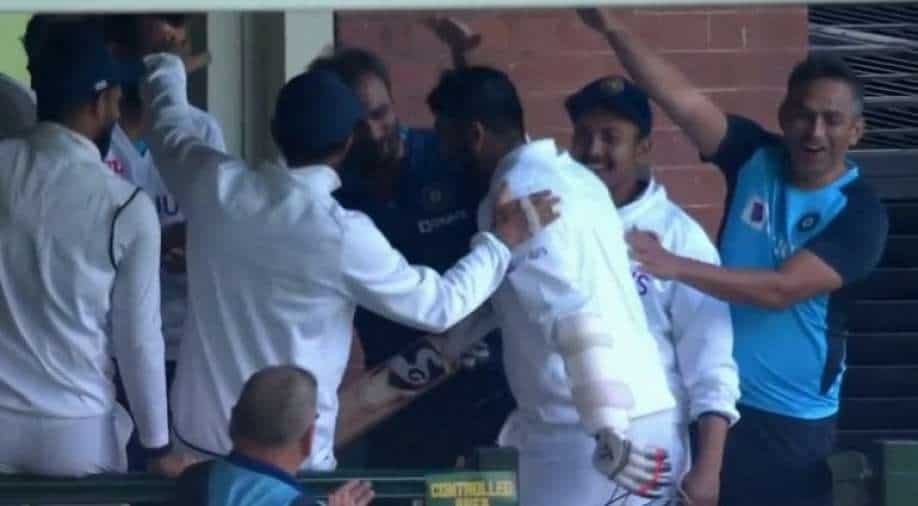 However, a 71-run tenth-wicket stand from Bumrah (55) and Mohammad Siraj (23) saved India from further humiliation.

Star bowler Jasprit Bumrah saved the day for Team India with the bat. India's batting line-up crumbled in front of Australia A during the practice Test match.

India opted to bat first and were off to a decent off despite losing Mayank Agarwal early. Prithvi Shaw's blistering 29-ball 40 and Shubman Gill's 43 put India back on track. However, after their dismissal, India's batting order crumbled. From 72 for 1 it went down to 123/9.

However, a 71-run tenth-wicket stand from Bumrah (55) and Mohammad Siraj (23) saved the visitors from further humiliation.

Jasprit Bumrah's maiden fifty came at a crucial time and helped India put 194 on board. As a result, Kohli & Co. gave a standing ovation and a thundering response to Bumrah, in particular, for his power-hitting 55. Thus, he was given a guard of honour from his mates in the dressing room as the innings came to a close after India was all out.

Earlier, India's prolific batsman Rohit Sharma passed his fitness test by the National Cricket Academy (NCA) on Friday and will now be travelling to Australia on December 13. Rohit Sharma sustained a hamstring injury while playing IPL in the UAE.

India kick off their four-match Test series versus Tim Paine-led Australia with the day-night Test at the Adelaide Oval, Adelaide from December 17.