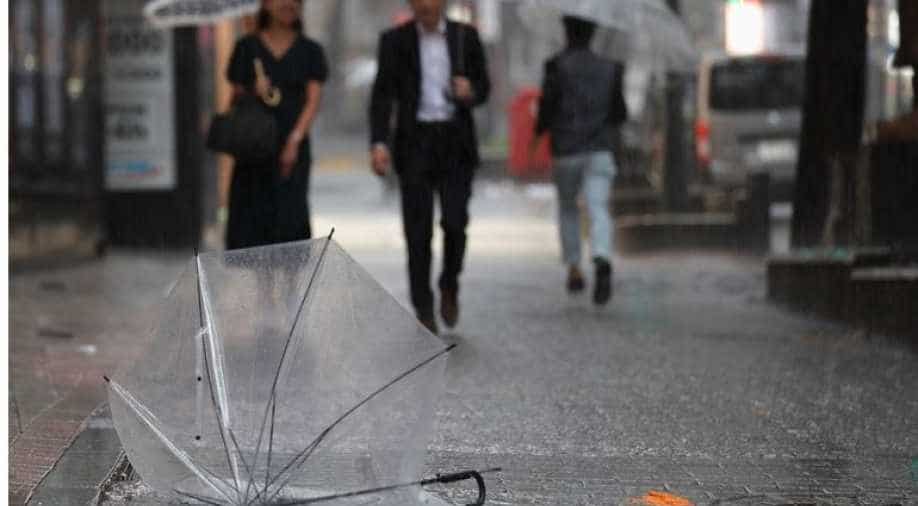 Officials gave the green light after inspecting the Yokohama pitch and stadium early on Sunday.

Rugby World Cup organisers gave the go-ahead for Japan's crunch match against Scotland on Sunday despite the fall-out from Typhoon Hagibis, which swept through Japan causing widespread flooding and leaving at least 11 people dead.

The crucial game in Yokohama near Tokyo will determine the eighth and last quarter-final place and had been at the centre of an ugly war of words between organisers and Scotland who threatened to sue if it were cancelled.

Officials gave the green light after inspecting the Yokohama pitch and stadium early on Sunday. Wales's game against Uruguay and USA versus Tonga were also cleared, but Namibia against Canada in Kamaishi was called off.

"The decision was taken following a comprehensive assessment of the venue and associated infrastructure on Sunday morning in partnership with the host city," organisers said in a statement.

They urged fans to "check travel operator information before departing and plan to arrive early as it may take longer than usual to enter the stadium".

Ireland's bonus-point 47-5 win against Samoa makes the Yokohama match a straight shoot-out between the hosts and Scotland to decide the final qualifier from the tightly contested Pool A.

Japan are four points ahead in the table, putting them in the box seat to reach their first quarter-final. For Scotland, even a win might not be enough with a maximum of two bonus points on offer for the losing side.

Two other matches far from the path of the storm will also go ahead as scheduled -- the Wales-Uruguay clash in the far southwestern city of Kumamoto, and USA-Tonga in Hanazono near Osaka.

But tournament director Alan Gilpin said he had "no option" but to cancel Sunday's early match between Canada and Namibia in the northeastern town of Kamaishi due to significant typhoon damage.

Landslides and flooding in the vicinity of the stadium and along access roads to the venue following torrential rain meant the game had to be scrapped on "public safety" grounds, organisers said in a statement.

The cancellation was a blow for the northern town of Kamaishi, whose hosting of World Cup games was a potent symbol of recovery from a 2011 tsunami disaster when it was nearly wiped off the map.

It also robbed Namibia of a chance to grab their first World Cup win and end their record run of 22 games at the tournament without a victory. Canada are without a win in their last 10 World Cup matches.

In the end, only one game was held at the Kamaishi Recovery Memorial Stadium -- Uruguay's stunning, 30-27 upset of Fiji in Pool D.

Hagibis made landfall on Saturday evening and barrelled across the country, bringing fierce winds and torrential rain.

It was a direct hit on Tokyo and Yokohama, a city of some three million just south of the capital.

Across the country, at least 11 people died and several others were injured or reported missing due to the storm, which brought "unprecedented" amounts of rain to the country.

Severe flooding has already taken place with many rivers breaking their banks, including the Tama River which runs through Tokyo.

Organisers had earlier cancelled two matches planned for Saturday -- England v France and New Zealand v Italy, both in the path of the storm.

It was the first time in the 32-year history of the Rugby World Cup that games had been scrapped, and raised criticism of the decision to hold the tournament during Japan's typhoon season.