It is important to leave the ball well: Cheteshwar Pujara on SA challenge 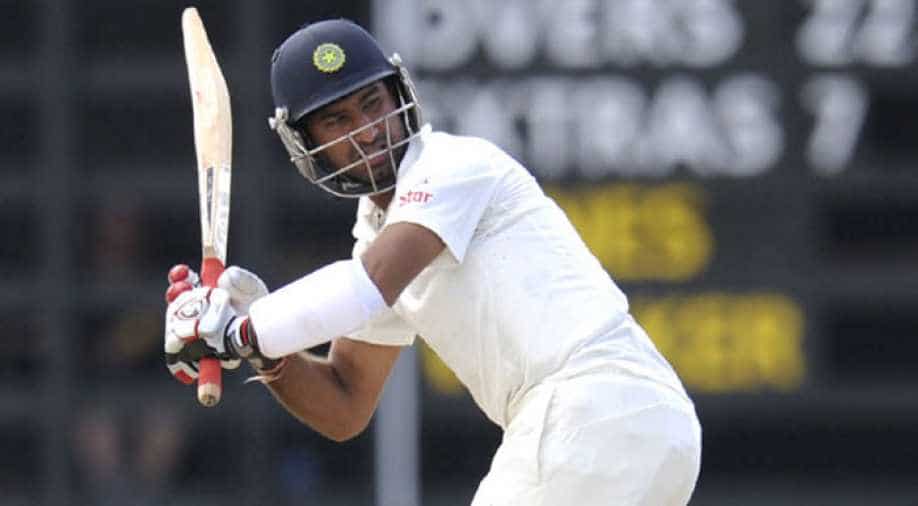 Cheteshwar Pujara, a vital cog in India's batting wheel, today stressed on the importance of leaving the ball on the bouncy pitches of South Africa during the three-Test series beginning here on Friday.

India lost the series 0-1 on the previous tour of South Africa four years ago but Pujara was amongst the runs alongside Virat Kohli and Ajinkya Rahane.

"It is important to leave the ball well, especially overseas. Once you move out of Asia, there is enough bounce in the pitches and that is the reason one should be able to leave the ball," said Pujara after a practice session here.

The gritty 29-year-old has gained valuable experience from his two trips to South Africa, and goes into his third series here in a positive frame of mind.

"It (the adjustment) is both technical and mental. The good thing is that most of the players have been here before. Personally, I have been here twice (2010-11 and 2013-14). It is about knowing your game, knowing the conditions and you just need to apply yourself."

India arrived here four days ago and go into the first Test without playing a warm-up match.

Asked if the players feel rusty, Pujara replied in the negative.

"See, when we were playing at home against Sri Lanka, we had the South Africa series in our minds. We had prepared few things even in India. I don't think we are in any rush, there is plenty of time to prepare."

Indian batsmen struggled in the Sri Lanka series when they played on bowling friendly tracks in Kolkata and Dharamsala.

The moving ball is not so much a factor in South Africa, it is the bounce.

"Yes, there will be some bounce and that is always a challenge. But this time we have have enough preparation and we would like to back ourselves and try and execute the things which we have done over the past one and a half months."

Pujara said majority of the squad members have played here and that experience will come handy.

The team has been training intensely at the Western Province Cricket Club. Pujara was pleased with the preparation so far.

"Preparation has been fantastic. We have had three net session so far and twice we had two sessions in a day. We are very confident of our chances," he said adding the team is determined to win their maiden series in South Africa.

Considering the unusual drought Cape Town is experiencing, the Newlands pitch might not get the amount of water needed to have a fast and bouncy track over five days.

However, Pujara is not losing sleep over the kind of pitches Indian batsmen will get to play on.

"We are not bothered about the kind of pitches they will prepare. We will just try to focus on our processes. We have a clear gameplan, if it is a flat wicket or a grassy one," he said.

He refused to speak on the opposition's strengths and weaknesses, saying his team is well balanced for the challenge.

"It is up to South Africa how they want to prepare. It doesn't matter who plays for them. As a unit we are well prepared. Our pace attack is also much better this time. They are quick. We have that advantage this time," said Pujara.

India have picked five specialist pacers for the series with all-rounder Hardik Pandya being the sixth fast bowing option.

Pujara backed the pace department to do the job for the team.

"I can mention the Australia Test series at home. Our pacers picked so many wickets even though the pitches were flat. There will be lot of assistance here and I am sure they have made their gameplans by now."

India will also tour England and Australia over the next 18 months, giving the current team a great opportunity to become one of the greatest Indian sides of all time. Pujara acknowledged that prospect.