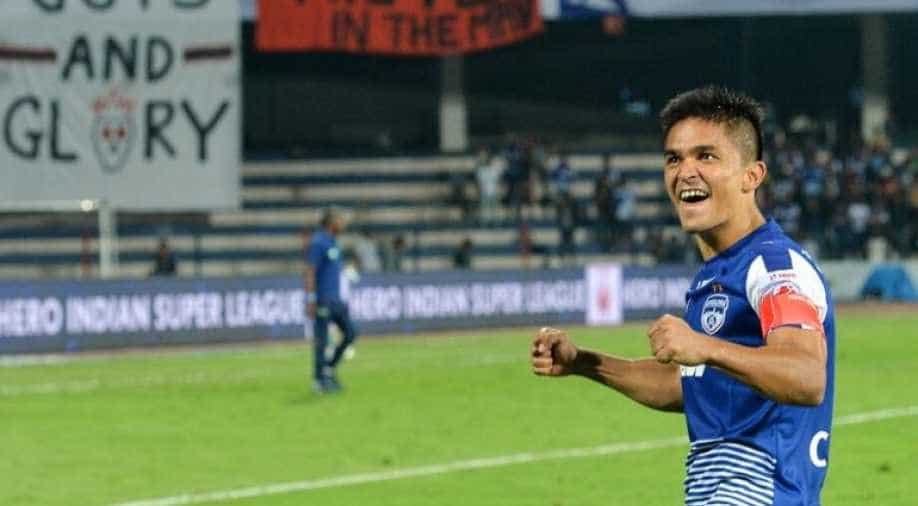 The Men of Steel from Jamshedpur were unable to stop Bengaluru from scoring two goals, adding on to their tally of wins.

The initial phase of the Indian Super League (ISL) did not start off as expected for the defending champions Bengaluru FC, with the team winning only one match out of the first three and only one goal scored.

However, under the guidance of former Barcelona youngster and team head coach Carles Cuadrat, Bengaluru have reclaimed their position as one of the top favourites to win this year's edition of the super league as well.

“We had a slow start. There were a few issues we had to iron out, and we have rectified them now. I think you are going to see a strong finish from our side at the end of the season,” he told sources.

Over the games this season, Indian superstar and team captain Sunil Chhetri and Australian midfielder Erik Paartalu have proclaimed for themselves a position of great eminence on the field, having become the principal playmakers for the team.

Paartalu opened the scoring in the game with a goal from a corner within six minutes since the start of the game.

“In my position, you never really get noticed unless you score a goal and make an assist. I think I have four assists and two goals and it’s probably better than any tally I’ve had so far. I want to continue to build on that. This year is a big year for me and the club. We want to push for the Champions League spot,” Paartalu claimed.

Erik was referring to Bengaluru FC attempting to grab a spot in the Asian Football Confederations' (AFC) Champions League, in which domestic rivals Chennaiyin FC hold a spot.

Chhetri doubled the score against the 'Men of Steel' by shooting a goal into the net in the 63rd minute.

The team is clearly making progress, taking into consideration their improving match performances and style of playing.