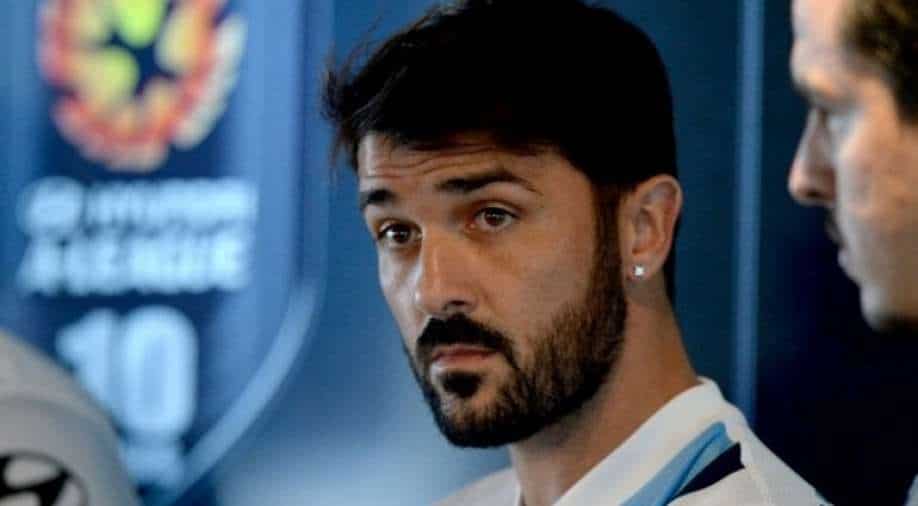 The news was shared by the football club on social media and captioned: "World Cup winner and Spanish football legend @davidvilla has been brought in by Odisha FC to spearhead our global football operations."

Former Barcelona star and World Cup winner David Villa has been appointed as the global football advisor of the Indian Super League side Odisha FC.

The news was shared by the football club on social media and captioned: "World Cup winner and Spanish football legend @davidvilla has been brought in by Odisha FC to spearhead our global football operations."

"Former OFC Head Coach, Josep Gombau and Victor Onate are also a part of the club's Technical Football Committee along with David Villa."

In an interview with Sky Sports, David Villa said that he will try and bring his experience to the role.

He said: "Obviously, I didn't play in India but I played soccer for 20 years as a professional and before that in the academy. And in all of the projects that we [my team] are involved in, I try to give all of my experience that I have in soccer.

"I was very lucky to have played with great players, behind me and close to me [and I also played under some] big coaches, amazing coaches. I have played in the big tournaments of football, and I will try and help using all of that experience."

David Villa was even asked if he was tempted to don the jersey of Odisha FC and play for them. To which, he replied: "It was the first question of the people of Odisha!

"I took a decision a year ago to stop playing because I thought that was it was the [right] moment, not because I felt that I cannot play soccer anymore. I believe if I train I can play soccer for sure.

"But I thought that moment [when I decided to retire] was the right time. As you know, life is not just about soccer I am 39 and I played for 20 years as a soccer player.