'Is he still playing cricket with same motivation?' Afridi talks about 'attitude' as he dwells on Kohli's form 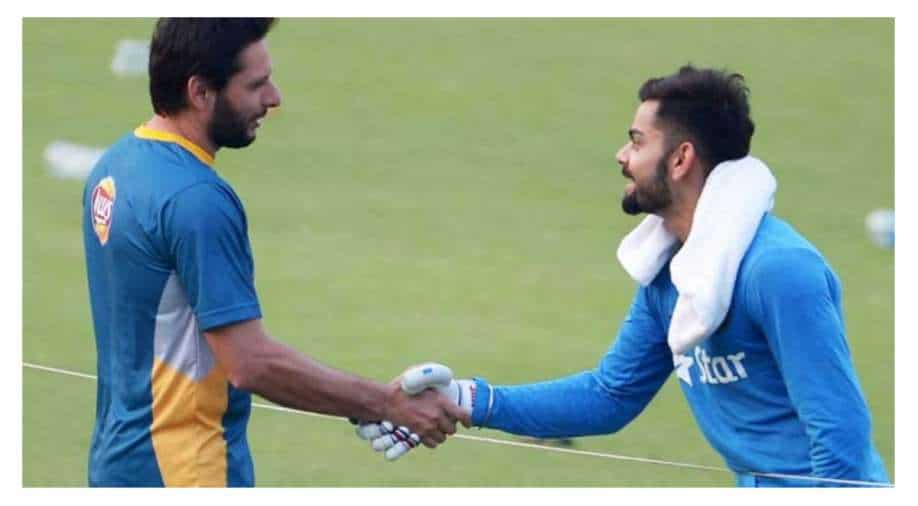 Former Indian captain Virat Kohli hasn't had a great run at the highest level in the post-Covid era. Before the pandemic struck worldwide, Kohli had registered his 70th international ton -- second-most among Indians and third-overall -- but has struggled to reach the triple-figure mark in any format at any level since November 2019.

Even in the IPL 2022 edition, where Kohli represented Royal Challengers Bangalore (RCB) sans captaincy duties, the 33-year-old ended with his second-worst season, after IPL 2010, and returned with 341 runs (with two half-centuries) at an average of 22.73 and a strike rate of 115.98. Thus, he has been given some time off from the 22-yard cricket strip, which had been a piece of popular advice by many former cricketers after seeing his struggles during IPL 15. Amid all this, former Pakistan all-rounder and captain Shahid Afridi joined the bandwagon and commented on Kohli's dry run.

Speaking to Samaa TV, Afridi talked about 'attitude' and pointed out, "In cricket, attitude matters the most. That is what I talk about the most. Do you have the attitude towards cricket or not? That Kohli, earlier in his career, wanted to be the No. 1 batsman in the world… is he still playing cricket with the same motivation? That is the big question. He has the class. But does he really even want to be No. 1 again? Or does he think he has achieved everything in life. Now just relax and pass time? It's all about attitude."

Since Afridi talked about being 'No. 1', Kohli is at the tenth spot for batters in ICC Test rankings and at the third position in ODIs. In T20Is, he is not even in the top 20 (21st position).

At present, Kohli is enjoying some family time and is not part of the Rohit Sharma-less Indian squad for the ongoing home T20Is versus South Africa. He will return for the one-off Test versus hosts England, in July.