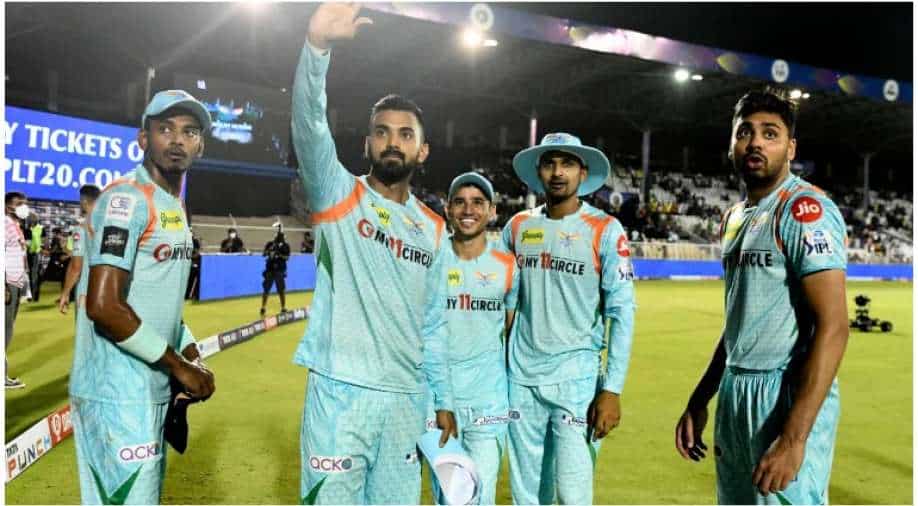 During the Indian Premier League (IPL) 2022 match against Kolkata Knight Riders, the cricketers will be sporting the name of their mothers on the back of their jerseys.

Lucknow Super Giants (LSG) will be celebrating Mother’s Day with a special tribute to the mothers of all their cricketers. During the Indian Premier League (IPL) 2022 match against Kolkata Knight Riders, the cricketers will be sporting the name of their mothers on the back of their jerseys.

The announcement was made through a video message on Saturday.

A similar gesture was done by the Indian cricket team during their match against New Zealand back in October 2016 when the cricketers sported the names of their mothers.

LSG have been brilliant in the IPL 2022 till now with seven victories from ten encounters and a solid net run rate which has allowed them to occupy the second spot in the points table. KL Rahul have been the star with the bat while Mohsin Khan and Avesh Khan have taken crucial wickets.

In their previous encounter, they defeated Delhi Capitals in a close-fought encounter as KL Rahul and Deepak Hooda slammed half centuries to post a solid total. In response, DC looked quite comfortable but four wickets from Mohsin Khan made sure that LSG registered their seventh victory.

Rahul, who has scored two centuries in this year’s competition, is second in the top run-scorers list after Jos Buttler and he will be looking to continue his brilliant form against KKR.