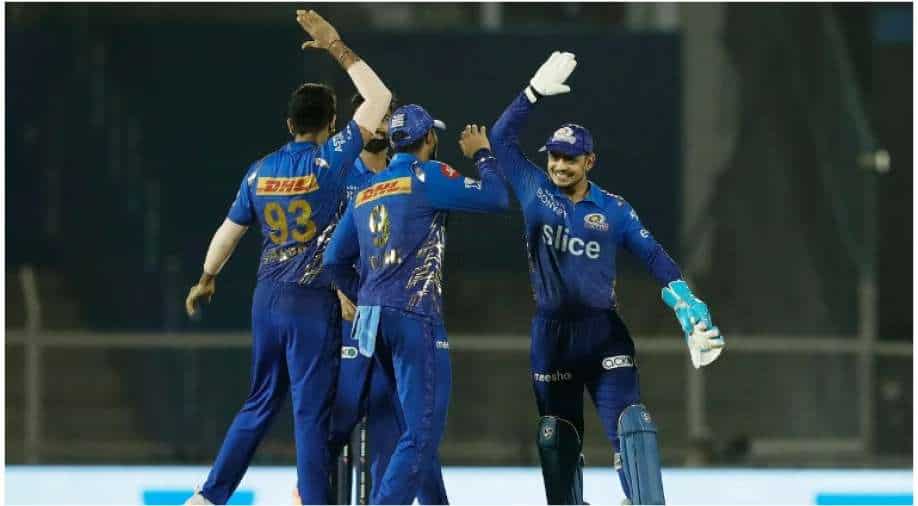 IPL 2022: Recently, Ishan Kishan revealed his chat with Virat Kohli, his MI skipper Rohit Sharma and Hardik Pandya regarding the pressure surrounding the IPL auction price tag and how to deal with it.

In the two-day IPL 2022 mega auction, Ishan Kishan made heads turn when he was sold for a whopping INR 152.5 million (INR 15.25 crore). The young wicketkeeper-batter ended as the most expensive player in this year's mega auction.

Ever since he went for a huge sum, being bought back by the Mumbai Indians (MI), many had their eyes on the swashbuckling left-hander Kishan. So far, the keeper-batter has amassed 321 runs in 11 matches, at an average of 32.10 and has struck at 117.15. While he has three fifties under his belt, the 23-year-old hasn't lived upto expectations with some sluggish knocks and blowing hot and cold so far.

Many former cricketers have felt that Ishan has taken the pressure of the price tag which, in turn, has reflected in his sluggish performances. Recently, Ishan revealed his chat with Virat Kohli, his MI skipper Rohit Sharma and Hardik Pandya regarding his IPL auction price tag and how to deal with it.

"When I spoke to Rohit bhai, or even to Virat Kohli bhai during the game against RCB and Hardik bhai, everyone told me the same thing ‘you don’t have to think about the price tag’ because it’s not something I have asked for. The team had belief in me, so they did spend the money," Kishan said during a media interaction on the eve of Mumbai's meeting with Chennai Super Kings (CSK), on Thursday (May 12) at IPL 2022.

"Instead of thinking about the pressure of the price tag, it’s important to think about my game and being in the zone. So talking to the senior players really helped. They have played the game for so long and handled different situations. For them also, at some point, the auction price would have gone up. So I learned how they handled the situation then," the Mumbai Indians opener added.

With MI already being out of the playoffs race this year, Ishan will hope to come out all guns blazing and play some entertaining knocks to end the season on a high.