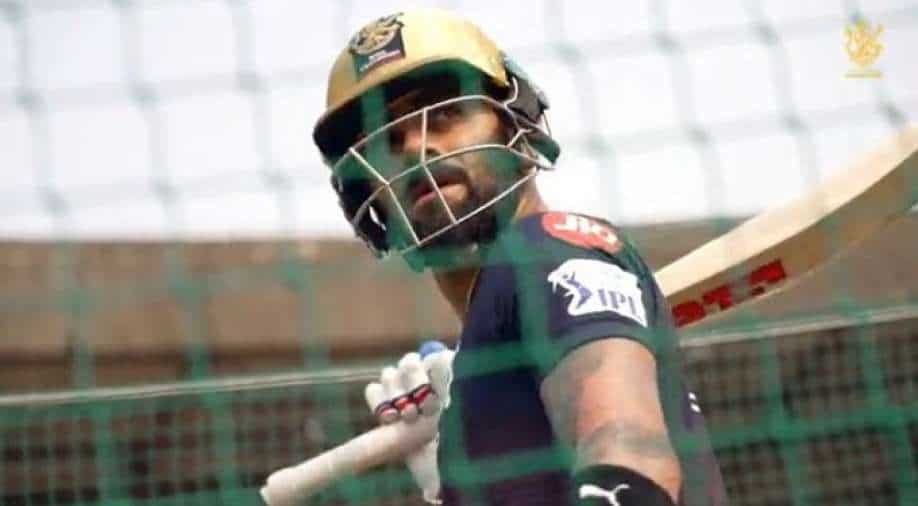 Virat Kohli in action Photograph:( Others )

Virat Kohli revealed an interesting incident when he went unrecognised in Bengaluru after India's day-night Test versus Sri Lanka early this year.

Virat Kohli is an extremely popular cricketer worldwide. Despite debuting in 2008, he remains the poster boy of Indian cricket and is a darling of the masses. Recently, the 33-year-old revealed an incident where he went unnoticed and wasn't recognised among the crowd in a bakery in Bengaluru.

While Virat's popularity, especially in India, is second to none, he is a hearthrob of Bengaluru city due to his association with the Royal Challengers Bangalore (RCB) since IPL's inception, in 2008. Nonetheless, he recently went unrecognised in the city's popular bakery shop, post India's day-night Test versus Sri Lanka early this year.

ALSO READ | I realized what it feels like to be helpless: Virat Kohli opens up on his poor run of form in IPL 2022

“It was the third day when the test match got over,” Kohli said in a RCB video. "Anushka has almost literally grown up in Bangalore and literally almost so many friends and so many memories from here. She loves Thom's bakery. As soon as we got back to the hotel, I thought, you know what? Anushka loves the puffs there. That's her most favourite thing to eat in Bangalore,” Kohli continued.

“I walked into Thom's bakery and I told the security to sit in the car. I had a mask on and I had a cap on and it was the best possible way to experience some normalcy and I promise you nobody noticed me at all, it was such a liberating feeling,” Kohli said beaming with joy in the video.

“People were buying their stuff and I got there. I went to the counter and that's when I actually got nervous. I had my credit card, I did not have cash,” he further revealed.

ALSO READ | 'Does he say the same for Rohit Sharma?': Matthew Hayden on Ravi Shastri advising Virat Kohli to take a break

“I gave the guy my credit card and I thought, this is it, now I am gone. I actually had my security’s number on my phone ready to dial if something happens,” Kohli explained why he had panicked in the final moments of the process.

“That's when I realised the fame of that bakery. The guy there was so busy with his work, he did not care whose credit card it was. He swiped it, I signed it, I gave him the receipt, he stamped it and he did not even read who's name was written on it. I was like, wow, this was amazing, nobody recognised me at all,” added the batting maestro.

Virat is currently involved in IPL 2022, where he continues to represent the RCB franchise. Despite his low returns with the bat, managing only 216 runs in 12 games so far, the Faf du Plessis-led franchise is on the brink of qualifying for the playoffs. At present, they have 14 points from a dozen encounters.