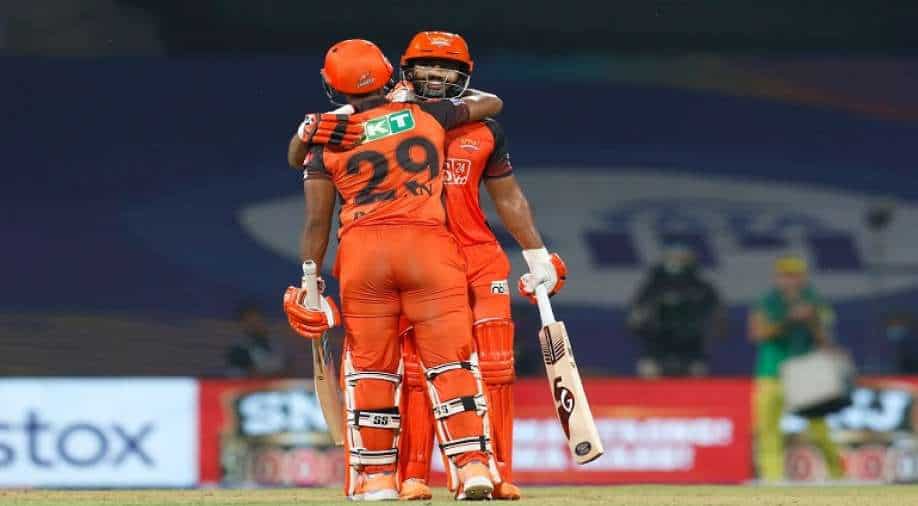 Tripathi has been a consistent performer for his side till now with an average over 50 and although he has scored just one fifty, he was instrumental in a number of their victories this year.

South Africa international Aiden Markram was all praise for Sunrisers Hyderabad teammate Rahul Tripathi and back the 31-year-old to break into the Indian cricket team. Tripathi, who joined SRH for INR 85 million, is currently the top scorer for the franchise this season with 205 runs in six matches.

“I won't be surprised if he does end up in the squad. He's a really selfless person and does exactly what the team requires. Technically, he's incredibly good and he hits good cricket shots in the Powerplay and manages to score freely without taking many risks.”

He plays spin really well, he's got the lap shots and the sweep shots. He's been doing really well in the IPL for several seasons and we all know how much batting talent there is in India, but I will not be surprised if Rahul made it to the Indian squad,” Markram said in an interview with News9.

Tripathi has been a consistent performer for his side till now with an average over 50 and although he has scored just one fifty, he was instrumental in a number of their victories this year.

SRH started the tournament with two back-to-back victories but a good all-round show has turned their fortunes completely. The Kane Williamson-led side became the only team to win four consecutive games this year and they are currently fifty in the points table with eight points.

SRH will next take on Royal Challengers Bangalore on Saturday and a victory can catapult them into the Top 3 in the points table.