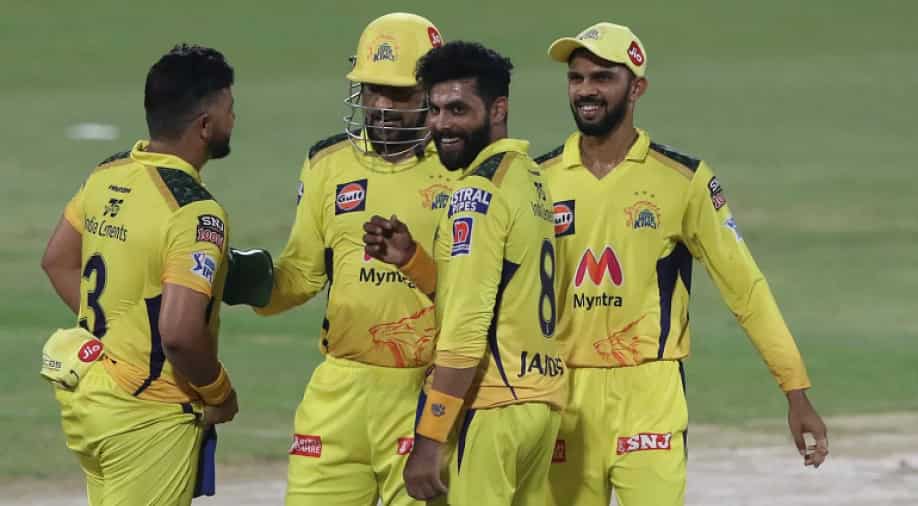 CSK will be up against Rajasthan Royals in Abu Dhabi on Saturday. | Photo - IPL | Photograph:( Others )

MS Dhoni's Chennai Super Kings (CSK) will be looking to continue their winning run when they take on Rajasthan Royals at the Sheikh Zayed Stadium in Abu Dhabi on Saturday. Here is all you need to know about the clash.

MS Dhoni's Chennai Super Kings (CSK) became the first team to secure a spot in the playoff in IPL 2021 with a six-wicket win over Sunrisers Hyderabad (SRH) in their last game. CSK are currently on a winning streak of four matches in the UAE and will be looking to continue their flawless run when they take on Rajasthan Royals (RR) in their 12th match of the season on Saturday.

The Dhoni-led side bagged their ninth win on Thursday after getting the better of a hapless Sunrisers Hyderabad side, who were ousted from the race for playoffs. Rajasthan Royals, on the other hand, have so far managed four wins in eleven matches this season and a loss tonight will all but end their campaign in IPL 2021.

RR have once again struggled to find consistency this season and have dearly missed the presence of their overseas superstars - Ben Stokes, Jos Buttler and Jofra Archer who are all missing the league. RR failed to defend 149 runs in their last game and lost by seven wickets against RCB. Samson & Co. will be hoping to bounce back and keep their playoffs hopes alive against CSK. Here is all you need to know about the CSK vs RR clash -

Chennai Super Kings unsurprisingly enjoy a massive advantage over Rajasthan Royals when it comes to the head-to-head record between the two sides. CSK have 15 wins in 23 meetings between the two teams in IPL.

CSK players love playing against Rajasthan Royals. Skipper MS Dhoni has 495 runs to his name in 22 innings against RR while Dwayne Bravo and Ravindra Jadeja have both been among the wickets against the Royals.

The last meeting between the two sides ended in CSK's favour with Dhoni & Co. producing a brilliant combined batting effort to post 188 runs on the board before Moeen Ali's three wicket-haul combined with impressive bowling performances from Sam Curran and Ravindra Jadeja helped CSK win the game by 45 runs. CSK will hope to make it two wins in a row against RR this season.