IPL 2021: MS Dhoni and CSK teammates 'kick-starting the day' with a game of football - see pics 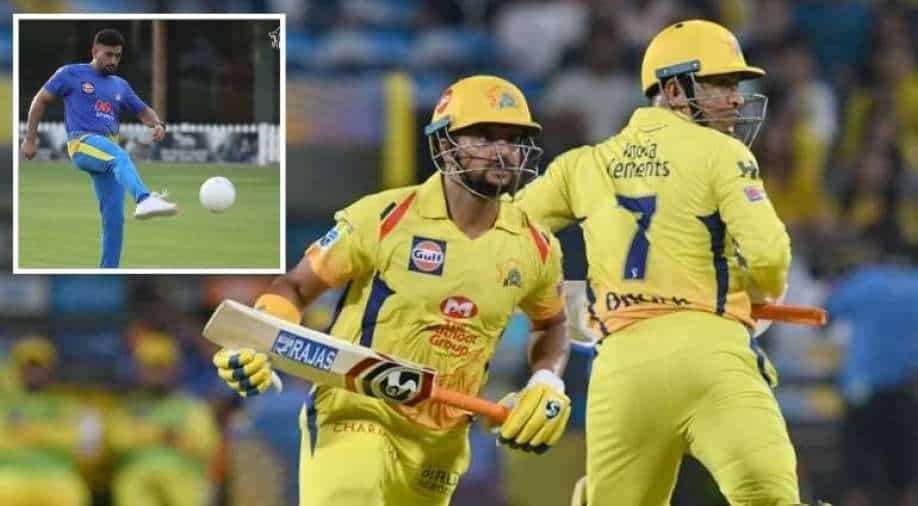 The official Twitter handle of CSK posted some pictures where MS Dhoni can be seen playing football with Suresh Raina, Karn Sharma and Robin Uthappa

Chennai Super Kings skipper Mahendra Singh Dhoni was recently spotted playing a game of football with teammates during a training session ahead of the Indian Premier League 2021 re-start.

The official Twitter handle of CSK posted some pictures where MS Dhoni can be seen playing football with Suresh Raina, Robin Uthappa and Karn Sharma. The caption of the post read: "Kick-starting the day."

MS Dhoni-led team was placed second with 10 points when the 14th edition of IPL was halted midway through the season in May due to an outbreak of COVID-19 cases when the event was underway in India.

CSK had won five and lost two out of seven matches they played in the first leg of the tournament.

The second phase of the IPL 2021 is scheduled to take place between September 19 and October 15 across Dubai, Abu Dhabi and Sharjah. CSK will play the opening fixture for IPL 2021 resumption against Mumbai Indians.

Dhoni also announced the resumption of the 14th edition of the Indian Premier League in a grand style.

The official handle of IPL shared a video that features MS Dhoni in a completely different look — hair coloured blonde, glitzy clothes and he can be seen telling people when the second leg of IPL 2021 will resume.

Time to find out how this blockbuster season concludes, 'coz #AsliPictureAbhiBaakiHai!