IPL 2019: Virat Kohli vs Jasprit Bumrah, the fun banter is on, watch 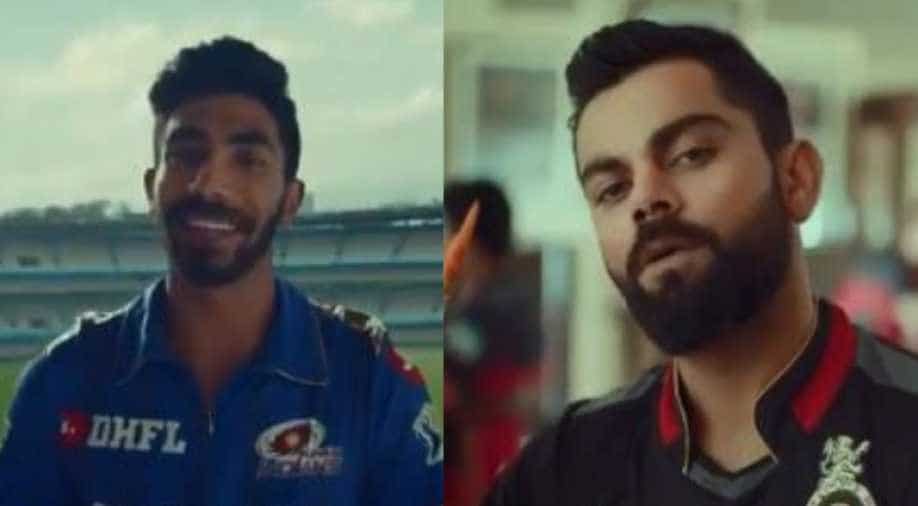 RCB will face MI on March 28 at Bengaluru's Chinnaswamy Stadium.

Virat Kohli, the skipper of Royal Challenger's Bangalore, has responded to Jasprit Bumrah's warning ahead of the upcoming edition of Indian Premier League.

Jasprit Bumrah, who plays for Mumbai Indians in IPL, had challenged earlier "world's best batsman" Kohli in a promotional video that went viral.

The English translation goes as, "Now, you will sledge your skipper, finally you have also learnt how to sledge. But do not expect any favours from your Cheeku bhaiya."

The @RCBTweets Captain has a befitting response to the @Jaspritbumrah93 yorkers 😅😅

Check it out 👇#VIVOIPL pic.twitter.com/m9iEHq0gge

With just days away from India's cash-rich and one of the most entertainment cricket leagues, players are busy in promoting their teams.

IPL 2019 will start from March 23 where the defending champions Chennai Super Kings will kick off the season against Virat Kohli-led Royal Challengers Bangalore team.

While RCB will face MI on March 28 at Bengaluru's Chinnaswamy Stadium.