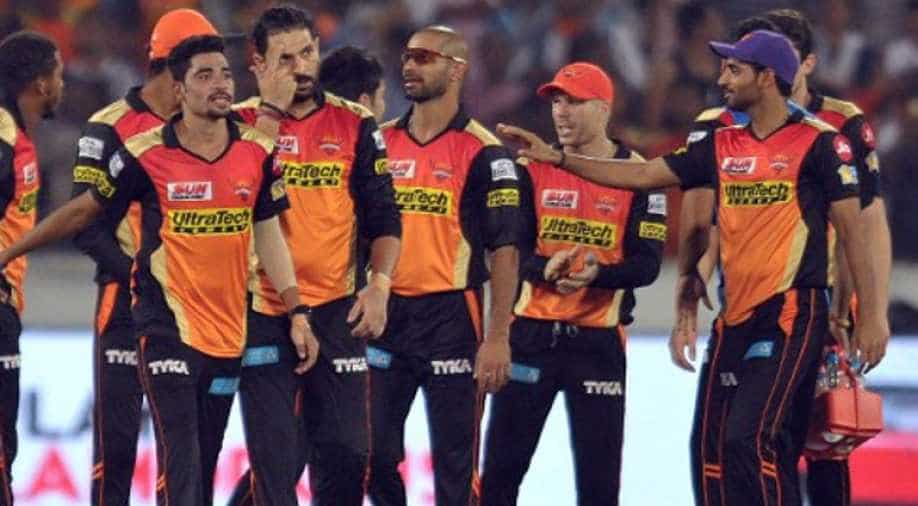 Over the past three seasons, they have lifted the trophy once (2016) finished runners-up (last season).

2018 IPL runner-up Hyderabad will be back with some new talents and experienced hitters in their squad.

Retaining their core team has reaped rich dividends for Hyderabad over the past few seasons and it has helped them be one of the most consistent franchises.

Over the past three seasons, they have lifted the trophy once (2016) finished runners-up (last season).

Hyderabad have been different compared to the rest of the pack only because of one reason, i.e. how they have gone about bolstering their bowling unit. Their strength in depth and the variations that are on offer in the bowling department helped Hyderabad bounce back from tricky situations last year.

With the 12th edition set to take place on Saturday, let's do a quick analysis of the squad.

The biggest strength this season for Hyderabad is David Warner's return. The Australian player, who was banned following his involvement in the ball-tampering incident in South Africa last year, will surely return with a bang.

He is easily one of the finest to play in IPL but with lack of competitive cricket in recent times, it will be interesting to see if he can hit the ground running.

Meanwhile, regular India opener Shikhar Dhawan’s tenure with the franchise ended after he was traded with Delhi all-rounder Vijay Shankar, among a couple of other players. Hyderabad should be thrilled that the 27-year-old from Tamil Nadu has been fine form with the bat for India recently and stands a fighting chance of making it to the World Cup squad.

England’s Test wicket-keeper Jonny Bairstow and Martin Guptill also provide cover at the top of the order, with Kane Williamson the fulcrum.

The bowling unit has always been at its best and therefore, spinner Shahbaz Nadeem and India U-19 World Cup winner Abhishek Sharma, meanwhile, are notable additions to the spin department, drafted in as part of the Dhawan trade.

This is the only area of concern for the Sunrisers Hyderabad as Shakib Al-Hasan, Mohammad Nabi and Vijay Shankar are the available options in the all-rounder category.

While, Shakib Al Hasan is a good all-rounder, his counterparts, Nabi and Vijay Shankar might not live up to the expectations considering the pressure on them.

All eyes are on keeper Wriddhiman Saha and how good a comeback he can make following a lengthy spell on the sidelines due to injury. Saha being tossed around in the batting order was one of the few sore points last season in what was an otherwise efficient outfit.

Vijay Shankar and Manish Pandey’s form will also be closely monitored as India continue to seek answers to their No 4 conundrum. While the Indian team management lost patience with Pandey, Vijay Shankar has impressed with his stroke-making ability.

Bhuvneshwar Kumar may not have set the stage on fire in the recently concluded Australia series, but he has been one of the best exponents in the death overs in the IPL. Without a doubt, the medium-pacer is one of the vital cogs of this side.

Hyderabad have a gun bowling lineup, a lot of their bowlers are also part of the World Cup squads of respective international teams.

It is a different ball-game for batters but bowlers - due to the stress on their body - are more prone to injuries and hence all teams including India would like to protect their international bowlers.

Bhuvneshwar Kumar has already hinted at taking a rest in the latter half of the tournament. SRH would have to find an alternative of a bowler like Bhuvi who can bowl well both at the top and at the death which would be a tough task.