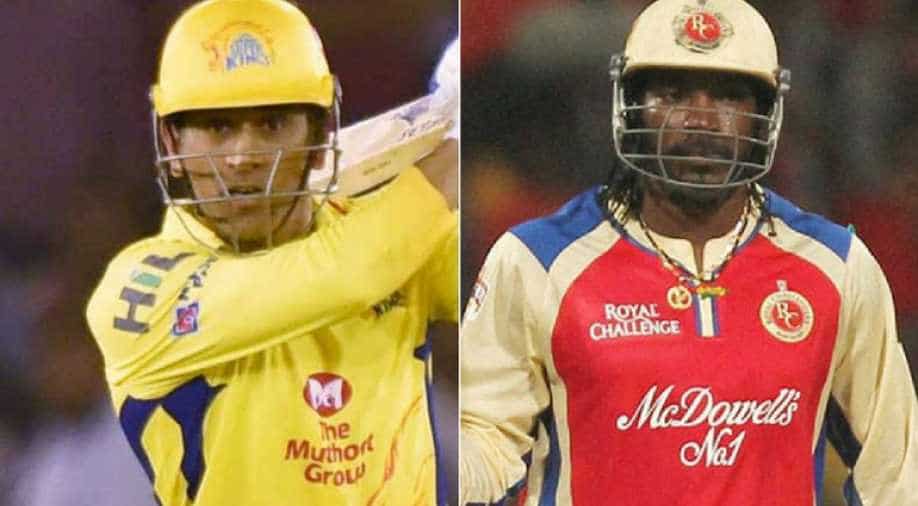 Mahendra Singh Dhoni edged past Chris Gayle to lead the list for most sixes in the ongoing Indian Premier League this season.

The Chennai skipper, who has been in breathtaking form this year, has blasted 27 sixes from ten innings.

While Punjab's Chris Gayle acquires the second spot with 25 sixes.

Dhoni has not been in great T20 form in recent years. However, the 36-year-old has batted like a man possessed in IPL 2018.

He walked in to bat in the 12th over when Chennai were seemingly in a spot of bother against Kolkata.

As Chennai had lost all their set batsman including Ambati Rayadu, Dhoni took things in his own hands and smashed four sixes including two off Mitchell Johnson in his third over and remained not out on a 25-ball 43.

This time, apart from Dhoni and Gayle, five other batsmen have touched the 20 sixes-mark halfway through the tournament.