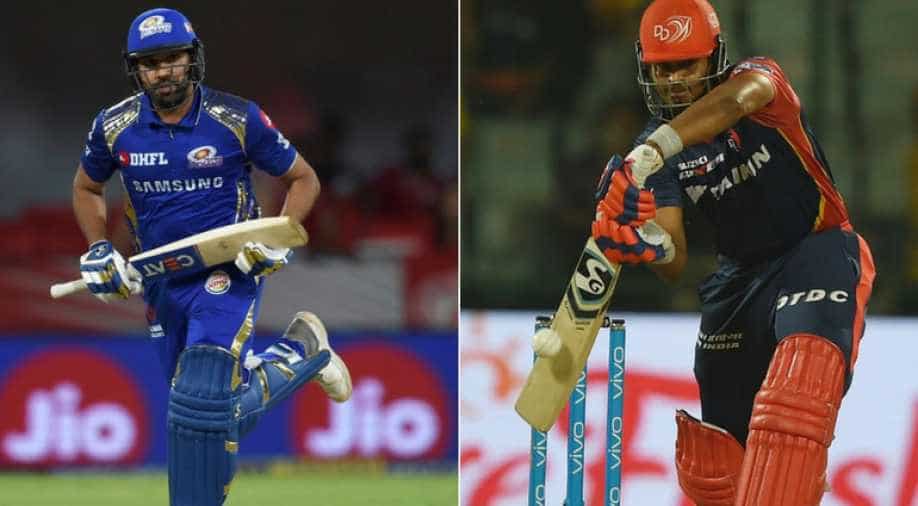 Defending Champions Mumbai will be on toes today to beat Delhi and book a berth in the play-off, as the two teams clash at Feroz Shah Kotla stadium on Sunday.

The Rohit-Sharma led team is used to miracles, if seen in the previous editions, and this year also they would be expecting another fairytale entry into the top four teams.

Yesterday, Kolkata defeated table-toppers Hyderabad to become the third team to make it to the play-offs. And now only one place is left with three teams fighting for the position.

Mumbai had a topsy-turvy campaign so far as after a series of defeats early in the tournament, they were able to string in the victories when it mattered the most.

In their last match against Punjab, Mumbai managed to beat the R Ashwin side by three runs.

Rohit Sharma's performance was once again a let down for the team, as he failed any good knock. However, it becomes important for him to shed his poor form if want to qualify.

Jasprit Bumrah's sensational three-wicket haul in the last match will give him a lot of confidence apart from his consistent show in most death over situations.

Hardik, 18 wickets and 233 runs, has been solid without being spectacular while Krunal, 224 runs and 11 wickets, has again been impressive.

Delhi, on the other hand, have once again brought up the rear. They outclassed formidable Chennai by 34 runs to restore some pride.

Vijay Shankar and Harshal Patel helped Delhi post 162 for five and then leg-spinners Amit Mishra (2/20) and young Sandeep Lamichhane (1/21) managed to restrict MS Dhoni-led side to 128 for six.

Skipper Shreyas Iyer would expect a similar effort from his team today also.

In today's clash, if Mumbai win by a big margin, it would secure them a place in the play-offs due to their high run-rate.

But Mumbai Indians need to win at all costs because loss would be the end of their campaign.

Earlier in the tournament, Delhi had beat Mumbai Indians by seven wickets at the Wankhede Stadium to claim their first win of the season.

Mumbai's win will put more pressure on Punjab in their match against Chennai in the final match of the group stage later in the day.

As of now, Punjab's chances of making it to the top four are next to impossible.

However, IPL is all about surprises and a superb win against Chennai will make the competition tougher.