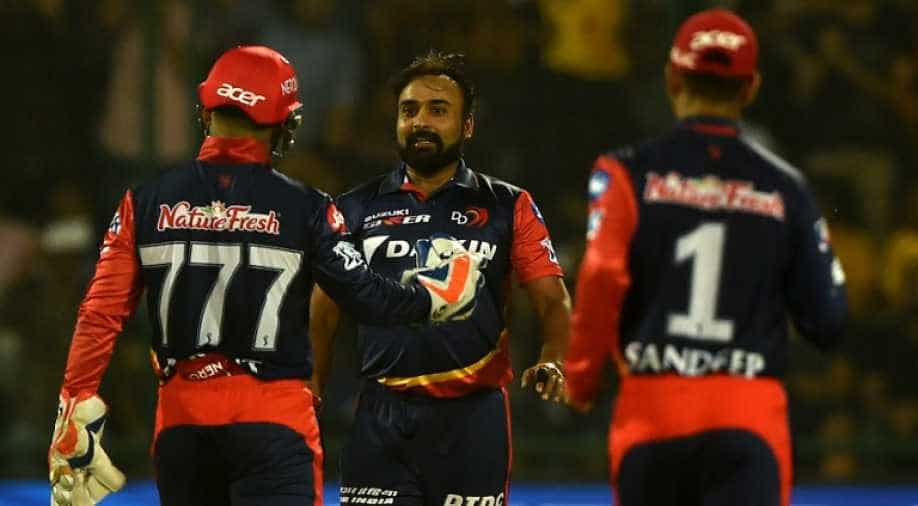 Chennai failed to reach atop league's table as MS Dhoni-led Chennai team was defeated by already eliminated Delhi on Friday at Feroz Shah Kotla stadium and by handing over a tragic defeat to Chennai, team&nbspDelhi has managed to salvage its cricketing pride.

Earlier, MSD had won the toss and invited the host to bat first as the skipper Dhoni was suspicious that the pitch might deteriorate after some time.

Delhi, batting first put up a modest target of 163 runs which Chennai failed to achieve in 20 overs and lost the match by 34 runs.

While chasing, Chennai started off well as the opener Ambati Rayudu slammed half-century off 29 balls, on the other hand, another opener Shane Watson lost his wicket to Amit Mishra's tricky spin bowl after scoring just 14 runs.

Suresh Raina (15) and MS Dhoni (17) lost their wickets to &nbspSandeep Lamichhane and Trent Boult respectively. It was a good opportunity for the batsmen to prove their calibre by chasing the total but the "Yellow Brigade" lost it.

Unbeaten Ravindra Jadeja tried to push the run rate in the death over, he scored 27 crucial runs and held the inning on one side but other batsmen kept losing their wickets from the other side.

Trent Boult and Amit Mishra struck twice to restrict the Chennai team, also, young talent from Nepal Sandeep Lamichhane and Harshal Patel took one wicket each to help the bowling unit in defending the total.

At number three, Rishabh Pant came in and scored 38 crucial runs for the team. Also, Vijay Shankar and Harshal Patel contributed with their bats to push the run rate and put up a decent total on the board.

Glenn Maxwell, who has been on and off throughout the tournament, again failed and scored only five runs.

For Chennai, Lungi Ngidi was proved most economical as he took two important wickets and other than that, Deepak Chahar, Ravindra Jadeja and Shardul Thakur got one wicket each.