IPL 2018: Deepak Chahar suffers hamstring injury, to be out for at least two weeks 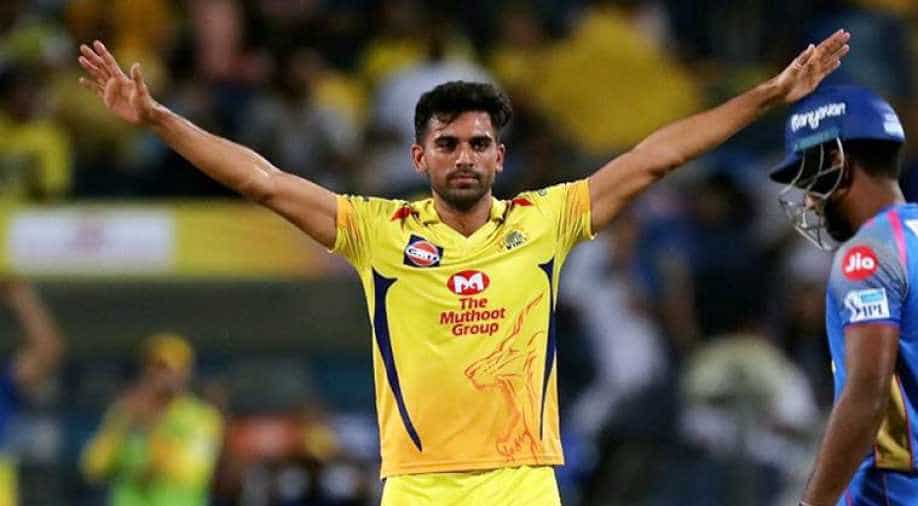 Chennai pacer Deepak Chahar is expected to be out of action for at least two weeks.

Chahar left the field with a hamstring injury on Saturday after sending down 2.1 overs.

The 25-year-old pacer, who has been impressive this season claiming six wickets, couldn’t finish his full quota of four overs after he walked off the field early during Mumbai’s chase.

Chahar played a major part in Chennai's victory against Hyderabad, where is picked up three crucial wickets.

Coach Stephen Fleming termed it a blow for the Chennai team.

“It’s definitely a blow for us and we have to see what we need to do going forward,” Fleming said after the match.

This is not the first injury blow which Chennai suffered this IPL.

Kedar Jadhav suffered a hamstring injury in the first match of the season against Mumbai and was ruled out for the entire tournament with England’s David Willey replacing him.

A few matches later, Suresh Raina suffered a calf strain and had to miss a match.

But fortunately, the belligerent southpaw was up and running quickly.