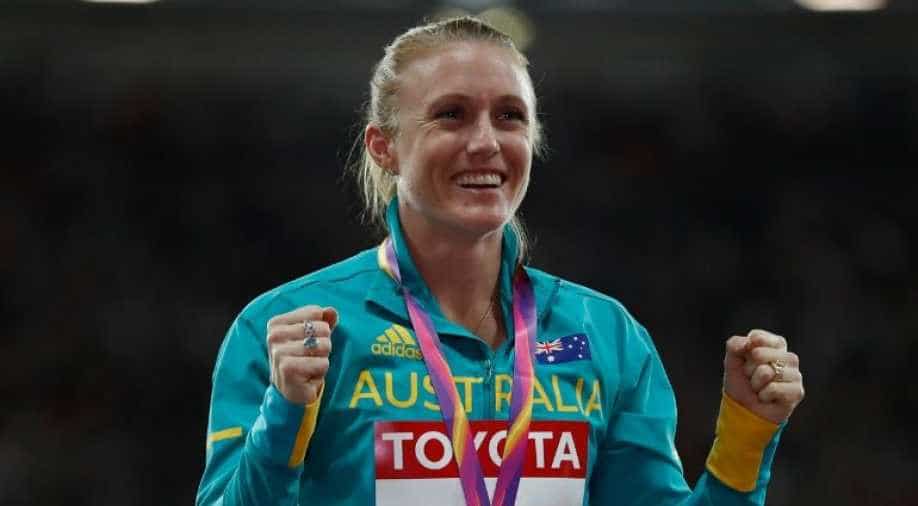 World and former Olympic champion high hurdler Sally Pearson, the most successful Australian track athlete of her generation, gave up on her dream of a swansong at the 2020 Tokyo Olympics and retired on Tuesday.

The 32-year-old Queenslander, who won Olympic 100 metres hurdles gold at the 2012 London Games and the world title in 2011 and 2017, said she had been forced into the decision by a string of injuries.

"After 16 years of being on the Australian team it's time to hang up the spikes," Pearson told a news conference in Sydney.

"Every time I want to go fast the body doesn't want to. So I don't think I could take anymore injuries and I have huge doubts for the next year for me to be able to continue at the level that I expect of myself ...

"I'm proud of my career and what I've achieved and hopefully inspired our next generation of athletes coming through ..."

Pearson grew up on the Gold Coast and was initially an international prospect under her maiden name Sally McLellan in both the hurdles and the flat 100 metres sprint.

She got her big breakthrough with the hurdles silver medal at the 2008 Olympics and was named IAAF female athlete of the year after securing her first world title at Daegu in 2011.

She dominated the 100 metres hurdles in the year running up to the London Olympics and swept to victory in 12.37 seconds to firmly establish herself among the world's elite.

One of a trio of American challengers to her supremacy, Brianna Rollins, kept her to a silver at the 2013 worlds and a horrific injury sustained at the Rome Diamond League meeting in 2015 prevented her from competing to get it back.

After the fall in Rome, Pearson feared she might have to have her lower arm amputated with doctors describing the injury as a "bone explosion" in her wrist.

She battled back from that injury but was bedevilled by calf and Achilles problems and ultimately prevented from defending her Olympic title in Rio by a torn hamstring.

In testimony to her mental toughness, she was back on the big stage at the 2017 world championships in London, where she reclaimed the hurdles title in 12.59 seconds.

"I would like to say that the Olympic Games in 2012 was my most favourite memory but I must say 2017 world championships for me was something that I proved to myself that I could still do it," she added.

"Even through the hard slog that I went through, I was still able to come back and be the victor at a major world championships.

"For me, that was my most proudest moment, for me as an athlete and coach because I was coaching myself. The London Olympics, though will always take my heart."

More injuries followed, though, with an Achilles issue cruelly robbing her of the chance to race at the 2018 Commonwealth Games in her home city.

Another hamstring injury put in doubt her world title defence in Doha later this year and it was the return of the Achilles problem that finally convinced her to give up on her dream of running at the Tokyo Olympics next year.

"I started hurdling again and the Achilles started to flare up and that was it," she added. "I just hit boiling point. Because of last year and 2018 I wasn't going through that pain again. That was too much to take."