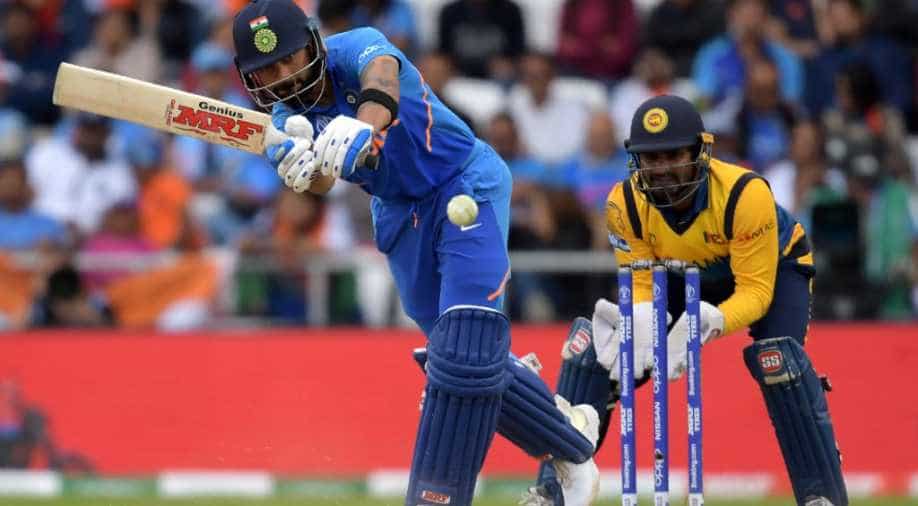 India's tour of Sri Lanka called off due to COVID-19 pandemic Photograph:( AFP )

Sri Lanka Cricket on Thursday confirmed that India’s tour of Sri Lanka consisting of three ODIs and as many T20Is will not be played as per schedule.

Sri Lanka Cricket on Thursday confirmed that India’s tour of Sri Lanka consisting of three ODIs and as many T20Is will not be played as per schedule. Both the Board of Control for Cricket in India (BCCI) and SLC came to a mutual agreement to postpone the tour which was originally scheduled to be played in June.

The BCCI informed the SLC that the tour won’t be feasible due to the prevailing circumstances surrounding COVID-19 pandemic. However, BCCI remains committed to the Future Tours Programme (FTP) and fellow members but will seek advice from the Government of India and health administrations before giving green signal to anything related to the resumption of cricket.

"The India National Team Tour of Sri Lanka, which was scheduled to take place during the month of June, 2020 will not go ahead, as scheduled," SLC said in a media release on Thursday. "The Board of Control for Cricket in India (BCCI) informed Sri Lanka Cricket (SLC) that due to the prevailing circumstances revolving around Covid - 19 pandemic, the cricket series, which included 03 ODIs and 03 T20i matches will not be feasible."

According to SLC release, the BCCI "remains committed to the FTP and towards its fellow members, it will have to seek the advice from Government of India and the health regulatory authorities before taking any decision for the resumption of Cricket".

Earlier, there were reports that the BCCI has agreed to tour Sri Lanka in the month of August and the SLC would be hopeful of the same.

On Wednesday, after ICC Board meeting, BCCI president Sourav Ganguly wrote a letter to all state associations in which the former Indian skipper mentioned that the Indian board is working with health experts to work out SOPs for the resumption of cricket in India.