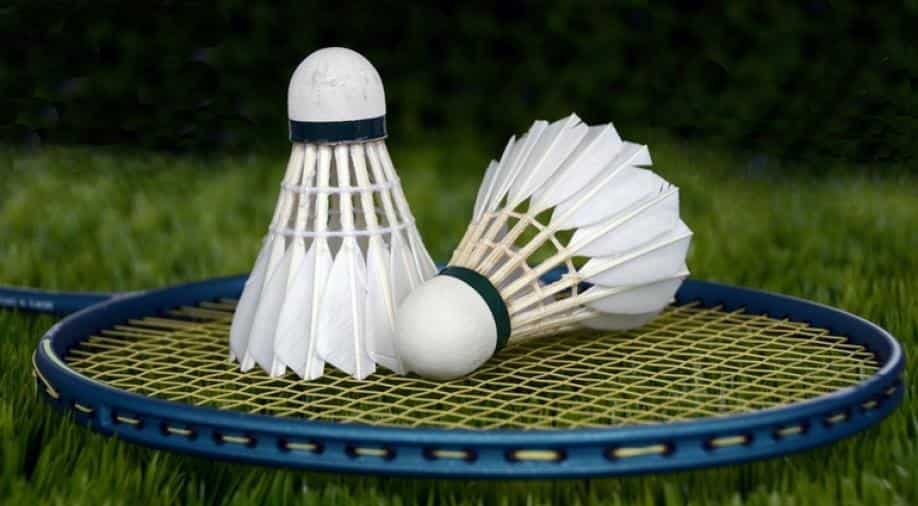 Indian shuttlers bagged five medals in the Badminton Asia Junior U-17 and U-15 championships which concluded at Mandalay, Myanmar on Sunday.

Meghana Reddy and Tasnim Mir won the girls doubles crown as Indian shuttlers bagged five medals in the Badminton Asia Junior U-17 and U-15 championships which concluded at Mandalay, Myanmar on Sunday.

Meghana and Tasnim pair defeated Korean duo of Yeo Jin Gong and Da Yeon Jeong 23-21, 21-18 in the final to secure the Under-15 girls doubles title.

The Indians took an early slender lead only to increase it midway through. But the Koreans caught up soon as an intense battle ensued and at 21-20, the Indians managed to go up by a point before dropping one to the Koreans.

On their next chance, the Indians took the lead and capitalised on it to pocket the first game.

Meghana took care of the forecourt while Tasnim complimented her from behind as they swapped positions nicely and kept their Korean rivals on the toes as the duo won the second game to wrap up the tie.

Meiraba Luwang and Aditi Bhatt won a bronze medal each in the Under-17 boys singles and girls singles respectively, while S Shankar Muthuswamy claimed a bronze in under-15 boys singles.

The men doubles duo in U-15 category, Pranv Rao Gandham and P Sai Vishnu, added yet another bronze medal to India's tally.

Meiraba fought well but unfortunately went down 21-19, 16-21, 10-21 against Korean Yong Jin and the pair of Pranav and Sai Vishu couldn't withstand the Indonesian duo of Muhammad Rayhan Nurand Marwan Faza, who wrapped up the match 21-12, 21-19.