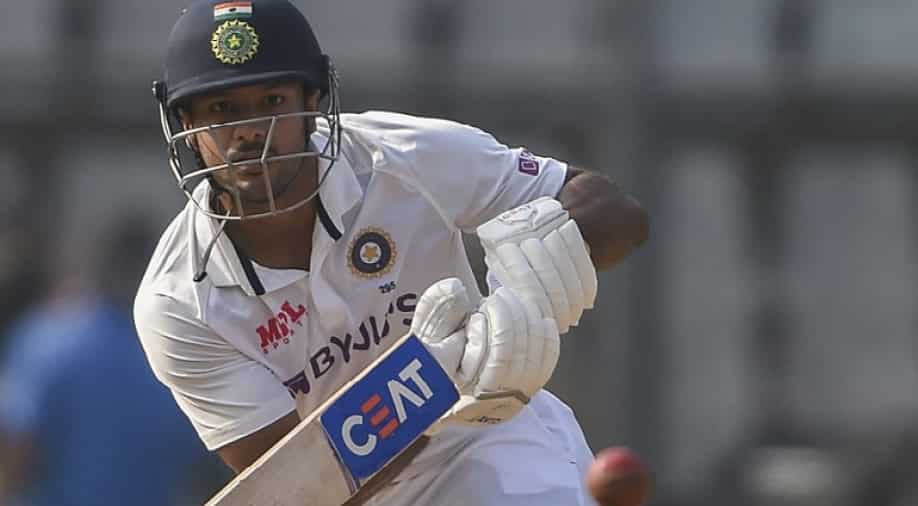 India opener Mayank Agarwal was on Saturday nominated for the ICC Player of the Month award for December following his stellar performance in the Test series against New Zealand and South Africa.

Besides Agarwal, New Zealand spinner Ajaz Patel and Australian pacer Mitchell Starc were also short-listed for the award.
With regular openers Rohit Sharma, Shubman Gill and KL Rahul all missing games at some point last month, Agarwal grabbed the opportunity with both hands against New Zealand and South Africa.

In two matches, he scored 276 runs at an average of 69.00, which included two fifties and a century. Agarwal was the architect of the win in Mumbai against New Zealand with a Player of the Match-winning performance of 150 and 62 in the two innings. He also played a crucial role in India breaking the Centurion hoodoo for the very first time.

Batting first in overcast conditions, KL Rahul and Agarwal set the platform with a brilliant opening partnership of 117. During the stand, he was tested by the fiery Proteas pace attack but came out shining with a brilliant 60. India posted 327 in the first innings, which eventually proved to be the difference between the two sides.

Read More | 'Rishabh Pant should be given a break': Former India all-rounder on keeper's poor show in 2nd Test vs SA

India-born kiwi spinner Ajaz Patel's name was immortalised in cricketing history in December, when he picked up 10 wickets in an innings against India, becoming the third player in Tests to achieve the feat after Jim Laker and Anil Kumble. The left-arm spinner played just one Test in the month, where he picked up 14 wickets at an average of 16.07. He picked up all 10 wickets in the first innings but was disappointed by the Kiwi batters who were bundled out for 62.

In the second innings, he picked up four wickets, including that of Agarwal and Cheteshwar Pujara. He finished with figures of 14/225, the best bowling figures in a Test match in 2021. Starc also had standout performances both with the bat and ball in hand as Australia retained the Ashes with two games to spare.
In three games last month, he picked up 14 wickets at an average of 19.64 and was more than handy with the bat, scoring 117 runs at an average of 58.50.

He set the tone for the whole series by dismissing Rory Burns with the first ball of the first Test. While batting, he kept Travis Head company with an innings of 35 and added 85 crucial runs for the eighth wicket. In the second Test in Adelaide, Starc snapped six wickets and scored 58. This included a brilliant four-wicket haul in the first innings that helped reduce England to 236, giving Australia a massive lead of 237 runs.

In the Boxing Day Test, Starc picked two crucial wickets in the first innings, including that of England's captain Joe Root. His innings of 24 not out helped Australia gain an 82-run lead, which proved to be enough as England were bundled out for 68. He picked up three wickets in the second innings as Australia won by an innings to retain the urn.