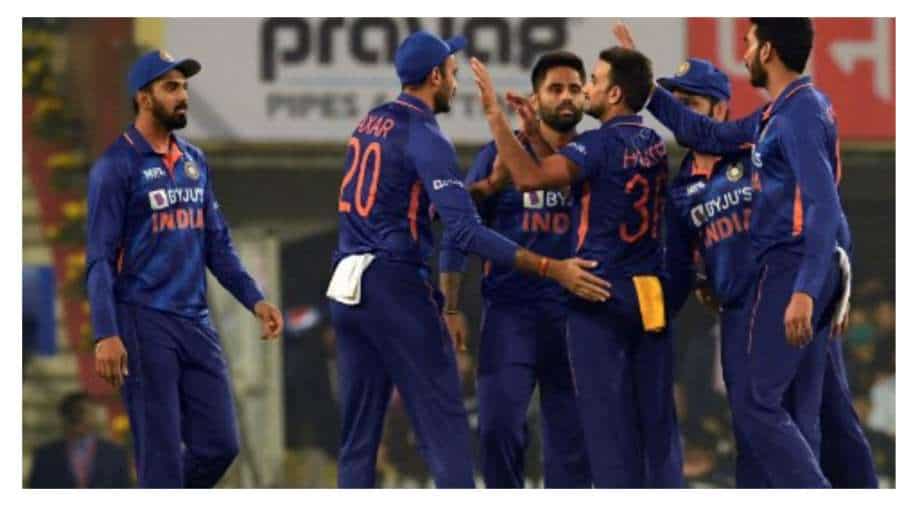 KL Rahul-led Team India will arrive in the national capital on June 05 ahead of their five-match T20I series versus Temba Bavuma's South Africa.

After the end of IPL 2022, cricketing action at the highest level resumes for Team India as they are set to host a five-match T20I series versus Temba Bavuma's South Africa starting on June 09. KL Rahul-led India will be eager to settle scores with the Proteas after being whitewashed in the three ODIs early this year, in the African nation.

According to a report in Cricbuzz, it has been learned that Rahul & Co. will assemble in New Delhi on June 5. On the other hand, the South Africans will touch down in the national capital prior to the hosts, i.e. on June 2.

India and South Africa will play the series opener at the Arun Jaitley Stadium, New Delhi on June 09. The action will then move to Cuttack for the second T20I (on June 12), Visakhapatnam (on June 14), and Rajkot (on June 17) with the series finale on June 19 in Bengaluru. The entire series will not have any bio-bubble, as confirmed by the BCCI Secretary recently.

For the unversed, India's Test squad will leave for England on June 16 whereas the members of the white-ball side will depart on June 23-24 for a two-match T20I series versus hosts Ireland. In the absence of head coach Dravid for the Ireland series, National Cricket Academy (NCA) chief VVS Laxman is set to take charge of the white-ball side.