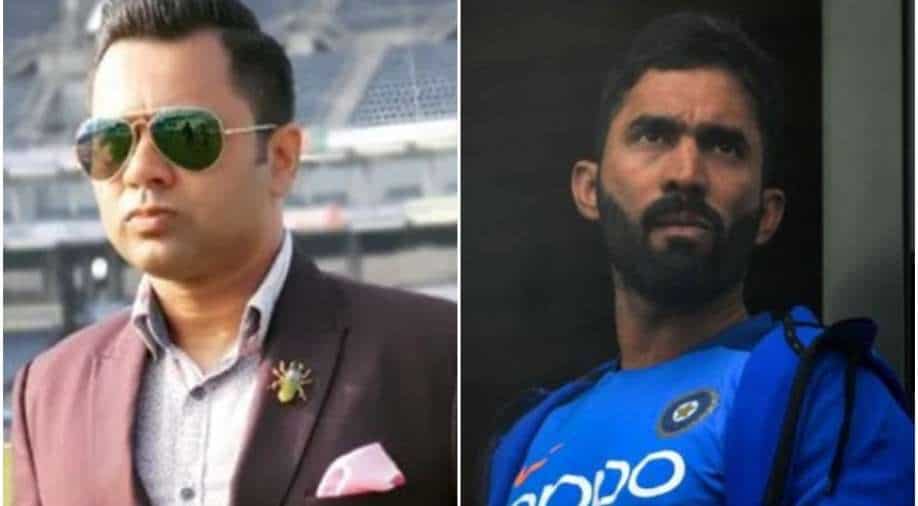 Team India's squad for the five T20Is versus South Africa was announced on Sunday (May 22). While the regular captain Rohit Sharma, Virat Kohli, and Jasprit Bumrah have been rested and Ravindra Jadeja-Suryakumar Yadav are injured, BCCI's selection committee announced a strong 18-member squad which will be led by all-format vice-captain KL Rahul.

In the Rahul-led India squad, many young guns and uncapped players have been included for the series versus Temba Bavuma-led Proteas. Among them, Dinesh Karthik's comeback has been highly-talked about. At 36, not many would've given him a chance to return to the national team, who last played in 2019. However, Karthik's magnificent run in IPL 2022 has changed the script in his favour.

In 14 games, Karthik has so far amassed 287 runs at an average of 57.40 and a strike rate of 191 playing for Royal Challengers Bangalore (RCB). Thus, he is expected to come good even in the playoffs for RCB and then feature in India's playing XI for the SA series. Nonetheless, former Indian opener Aakash Chopra snubbed DK and Kuldeep Yadav from his probable line-up for the upcoming home series.

On his Youtube channel, Chopra said, "What is the composition of the XI you are going to see? I feel you might see Ishan Kishan opening alongside KL Rahul. But there are a lot of keepers, so he might not open, you can open with Ruturaj Gaikwad and not Ishan Kishan, that's a choice." Chopra then named vice-captain Rishabh Pant and Hardik Pandya as automatic starters in the middle-order and called for Shreyas Iyer as well as Deepak Hooda's inclusion.

He added, "After that, you will keep Axar Patel in the team because you want a little depth in the batting. So Axar as a left-arm spinner and a batter. If you play Axar, you will only be able to play Yuzi Chahal." His pace department comprises Bhuvneshwar Kumar, one among Arshdeep Singh and Harshal Patel and either of Umran Malik or Avesh Khan.