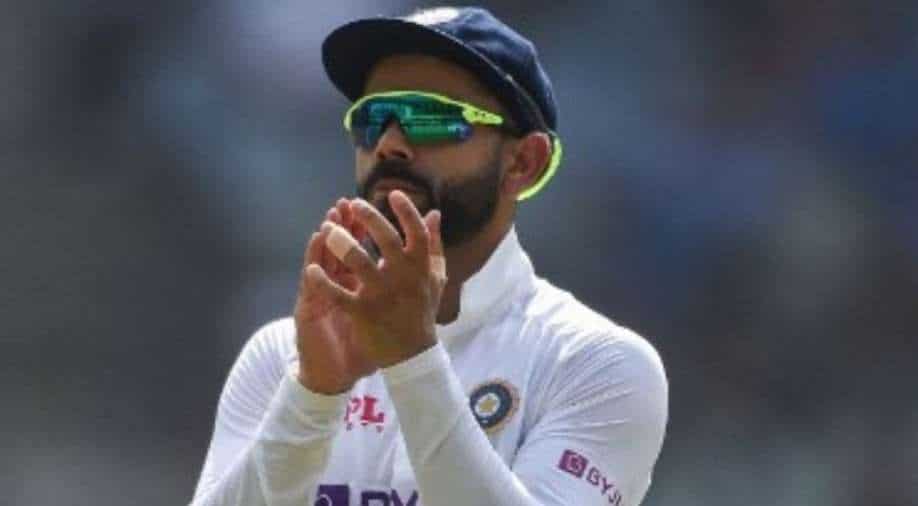 At stumps of Day 2, India were 332 ahead after not enforcing the follow-on and reaching 69 for 0 in their second innings

Virat Kohli & Co. are in a commanding position after Day 2 of the second and final Test match against New Zealand, which is underway at the Wankhede Stadium in Mumbai, thanks to Mayank Agarwal's brilliant century in the first innings and a disciplined bowling attack.

For New Zealand, their spinner Ajaz Patel took a record 10 wickets in an innings but the batters failed to continue the momentum as the batting order collapsed against the Indian bowling unit and bundled out for 62.

The Kiwis were bowled out for a lowest-ever Test score against India by any side. Also, note that the previous lowest Test score in India was the home side's 75 against the West Indies in Delhi in 1987.

ALSO READ | INDvsNZ, 2nd Test: Aakash Chopra praises Indian pacer says, 'He did not allow us to miss anyone'

At stumps of Day 2, India were 332 ahead after not enforcing the follow-on and reaching 69 for 0 in their second innings. But several critics have raised the question that why Virat didn't enforce the follow-on.

Explaining that, former cricketer Dinesh Karthik told Simon Doull during an interaction on Cricbuzz: "I get the feeling that you've got to understand that there's obviously a tour of South Africa to follow. If you just this Test match, you won't get extra points if you win in three or four days. I just feel that the more you bat, the worse wicket is going to get. So, it will be easier for them (India) to roll over New Zealand in the second innings."

"I think that they will declare and that's bound to happen. It's not about giving the bowlers some rest. I just feel that they are in no hurry to declare with three days left in the game," the former wicket-keeper said.

"If the point system said that you'll get more points if you get them all our or enforce follow-on than it would've made more sense. So, I think the decision is right as they want to give their batters a hit," he added.