India spinner R Ashwin tests positive for COVID-19, does not board flight to England: Report 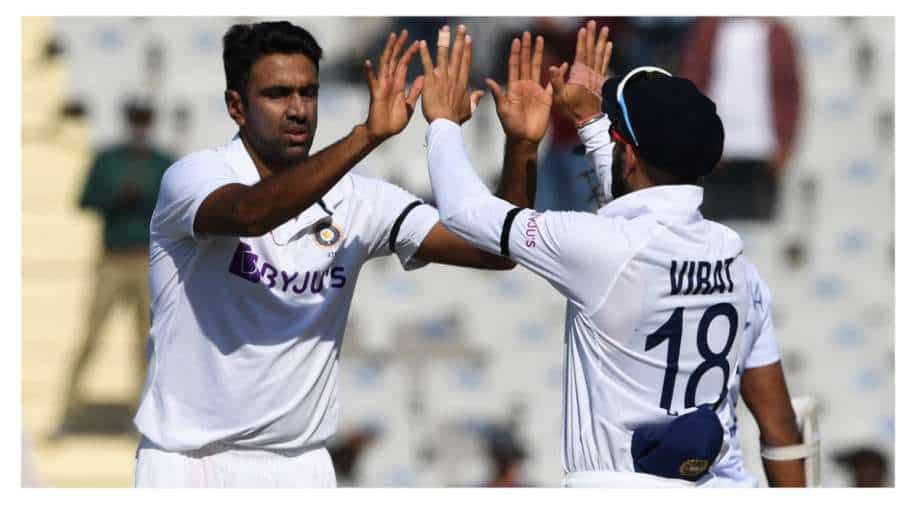 R Ashwin tests positive for COVID-19, does not board flight to England: Report Photograph:( AFP )

R Ashwin has tested positive for Covid-19 and, as per reports, hasn't left with the Indian squad for the upcoming England tour.

Ahead of India's tour of England, wily off-spinner R Ashwin has tested positive for Covid-19. Thus, the 35-year-old spin-bowling all-rounder hasn't left for England along with the rest of the squad and will remain in quarantine for the time being.

After completing his medical protocols, Ashwin will travel to England but might miss Rohit Sharma & Co.'s three-day practice game versus Leicestershire, ahead of the rescheduled fifth and final Test versus Ben Stokes' England.

"Ashwin hasn't travelled with the squad to UK as he has tested positive for Covid-19 before departure," a BCCI source told the news agency PTI.  "But we are hopeful that Ashwin will recover well in time before the Test match starts on July 1. However, Ashwin might miss the practice game against Leicestershire,” the source added.

Ashwin will be eager to recover in time and be a part of India's squad, who have a chance to create history and win their first-ever Test series in England since 2007. In 2021, Virat Kohli-led India had an unassailable 2-1 lead in the five-match series before the final encounter, in Manchester, was abandoned due to Covid crisis in the Indian camp. Now, Rohit & Co. will be desperate to finish off the incomplete 2021 series in style, by winning the final Test in Edgbaston, which gets underway on July 01.

For the unversed, the first batch of the Indian team had left for England on June 16. They are already in Leicester and practicing under the watchful eyes of bowling coach Paras Mhambrey and batting coach Vikram Rathour. After the initial batch, the likes of Rishabh Pant, Shreyas Iyer and head coach Rahul Dravid left for England on June 20, a day after the completion of the India-South Africa home T20Is (which ended in a 2-2 scoreline).

Meanwhile, Ireland-bound Indian T20I team have been given a three-day rest and will leave for Dublin either on June 23 and 24. Hardik Pandya-led Team India will play two T20Is versus Ireland, on June 26 and 28.