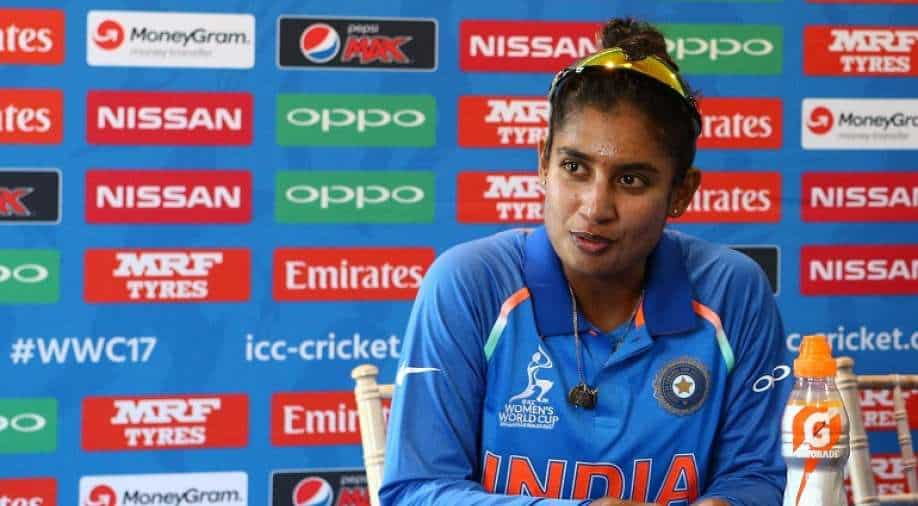 India skipper Mithali Raj expressed disappointment after her side was beaten by New Zealand in the fourth ODI of the five-match series.

India skipper Mithali Raj expressed disappointment after her side was beaten by New Zealand in the fourth ODI of the five-match series here at the John Davies Oval, Queenstown on Tuesday.

Amelia Kerr's 68-run knock was followed up by a dominant bowling performance as New Zealand defeated India by 63 runs. The fourth ODI was curtailed to 20-overs per side due to rain.

"We have definitely been trying few compositions with our spin and seam attack. But to be honest the bowling is a bit of concern before the World Cup. We want all our main bowlers to get their rhythm," said Mithali after the game.

"We are adapting to the conditions but there are spells where the bowlers have bowled well but we are not consistent and it is something that we are looking to improve. I was just looking at the shots and the way she (Richa) went about her batting, she is very talented and the future for India," she added.

Chasing 192, India got off to the worst start possible as the side lost Shafali Verma (0), Yastika Bhatia (0) and Pooja Vastrakar (4) in quick succession and they were reduced to 12/3 in the third over.

Soon after, Smriti Mandhana (13) was sent back to the pavilion by Hayley Jensen and India were in a spot of bother at 19/4 in the fifth over.

Richa Ghosh and Mithali Raj then got together at the crease and revived the Indian innings. Ghosh brought up her fifty off just 26 balls and as a result, she registered the fastest fifty by an Indian batter in Women's ODIs.

However, the 18-year-old departed after playing a knock of 52 in the 13th over and India was reduced to 96/5. India was not able to recover from this blow, and in the end, New Zealand registered a comfortable win.

With this win, New Zealand has gained a 4-0 lead in the five-match series. The final ODI will now be played on Thursday.