'We deserve to be here,' says New Zealand captain Kane Williamson ahead of clash against India 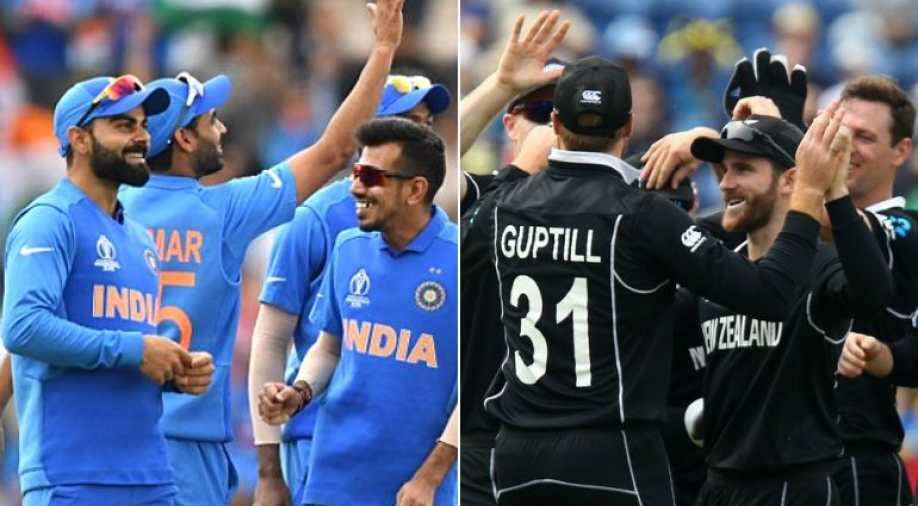 India, whose group match against 2015 runners-up New Zealand was washed out, have suffered just one defeat at this World Cup so far, against England, and topped the 10-team group table

Sachin Tendulkar may have unwittingly provided New Zealand with extra motivation to cause a huge upset in Tuesday's World Cup semi-final against India when he wished MS Dhoni happy birthday and "all the very best for the next two games".

The implication of the retired batting great's remarks was that India wicketkeeper Dhoni, who turned 38 on Sunday, and his team-mates already have one foot in the July 14 final against England or Australia at Lord's.

India, whose group match against 2015 runners-up New Zealand was washed out, have suffered just one defeat at this World Cup so far, against England, and topped the 10-team group table.

Opener Rohit Sharma became the first batsman to score five centuries in a single World Cup when he made 103 in a seven-wicket win over Sri Lanka on Saturday, while fast bowler Jasprit Bumrah has been the spearhead of a well-balanced bowling attack.

India captain Virat Kohli said Monday the pressure of being overwhelming favourites was nothing new for a squad who have long shouldered the hopes of a nation of more than a billion.

And he suggested that might give them an edge over the Black Caps at Old Trafford.

"The Indian team always carries a lot of expectation and pressure whenever we play," Kohli told reporters.

"We are quite used to that over the years. We are better equipped to react in these situations because we know what these kind of games and our fan base and the expectations bring," added Kohli.

But if New Zealand, who could recall spinner Ish Sodhi to an attack featuring left-arm quick Trent Boult and fit-again fast bowler Lockie Ferguson - can find a way through India's top three, they could expose a long tail.

The Black Caps, who only qualified for the semi-finals in fourth place on the basis of net run-rate, have lost their last three games - against Pakistan, holders Australia and England.

They now have the additional incentive of proving to Tendulkar that his prediction of an India appearance in the final was premature.

"Although we've qualified fourth we've got as equal an opportunity as anybody else."

Batting first has become an increasingly successful tactic at the World Cup in general and at Old Trafford in particular. In all five previous games on the ground, the team batting first has won.

But Kohli said, "It comes back to the same point - handling pressure. You make two bad decisions when you are chasing and the game goes too far away from you to pull it back.''

"We are not worried about the toss. You have to be prepared both ways. We can't say if we lose the toss we have no hope. We should believe enough in ourself as a side to overcome any situation."

Williamson has been in fine form, making match-winning hundreds against South Africa and the West Indies.

"Kane has stood up brilliantly for us," said Black Caps coach Gary Stead. "I don't think we'll be doing anything drastic, we just know we have to be better in that area than what we have been so far."

India may have the look of cricket thoroughbreds but Ferguson said of New Zealand, "As a team we definitely want to be the scrappers, guys that scrap for wins and not always do we win pretty."