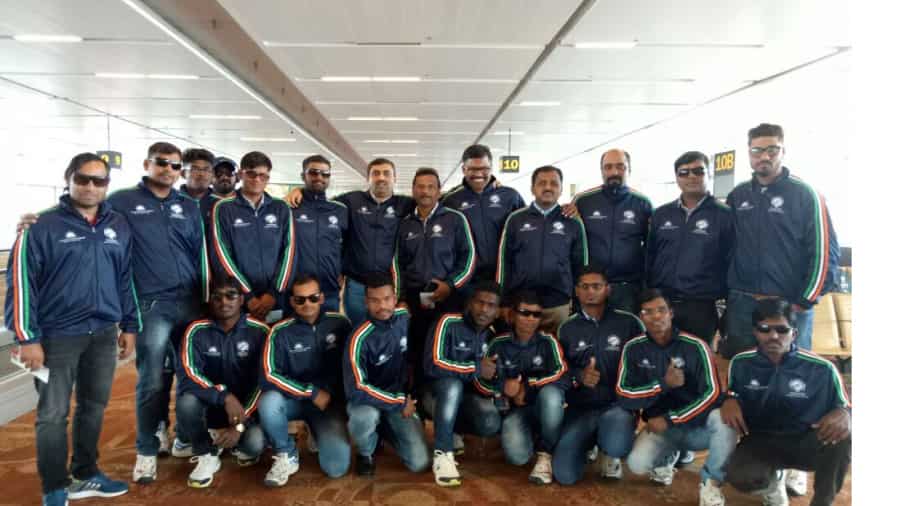 The Indian blind cricket team left for the United Arab Emirates Saturday to take part in the World Cup after failing to secure permission to play in neighbouring Pakistan.

India had been due to play archrivals Pakistan, who they beat in the 2014 Blind Cricket World Cup final, in Faisalabad on Monday.

But instead Pakistan has arranged for India's games to be played in Ajman and Sharjah in the UAE because of tense relations between the nuclear-armed countries.

The fifth edition of the tournament starts Sunday and ends on January 21, with Australia and the West Indies also to be based in UAE due to security concerns.

The Cricket Association for the Blind in India (CABI) told AFP it had to make the last-minute schedule change because the Indian government did not respond to its request for permission to go to Pakistan.

"We are yet to receive any official communication from them. Till they write to us we are not allowed to go. So all our matches are shifted to Dubai (Ajman)," CABI president G K Mahantesh said.

"If we reach the final then it will be shifted from Lahore to Sharjah," he said late Friday before leaving with the team.

India and Pakistan's senior cricket teams have not played a bilateral series since 2013 because of the tense political climate.

However Pakistan's blind cricket team travelled to India for last year's inaugural Twenty20 World Cup that was won by the host nation.

India won the 50-over World Cup for the Blind in 2014 in Cape Town, beating Pakistan in the final.