IND vs SA prediction: Who will win series-deciding 5th T20I between India and South Africa in Bengaluru? 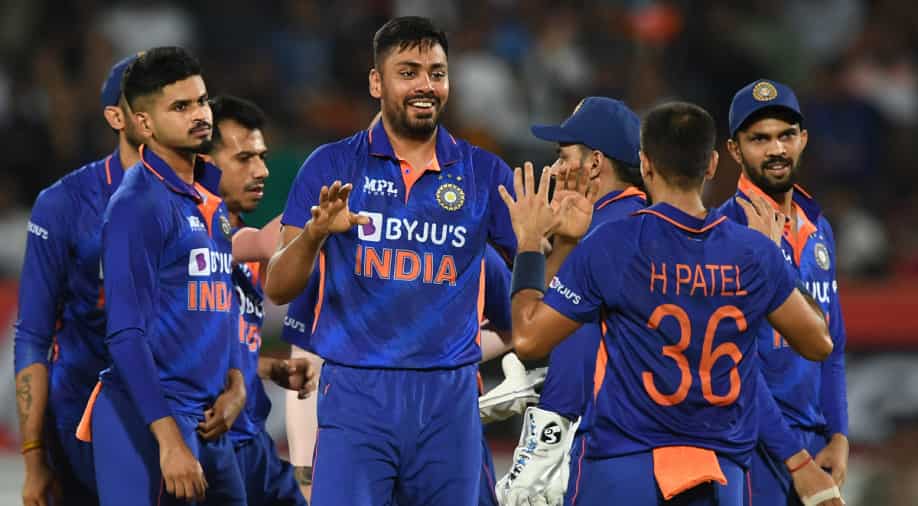 India will take on South Africa in 5th T20I on Sunday. Photograph:( AFP )

With the series on the line, India will take on South Africa in the final fifth T20I at the M.Chinnaswamy Stadium in Bengaluru on Sunday. Here is our prediction for the series decider.

India will lock horns with South Africa in the series-deciding fifth and final T20I of the ongoing five-match series at the M.Chinnaswamy Stadium in Bengaluru on Sunday (June 19). The series is currently locked at 2-2 after India won the last two games on the trot following defeats in the first two matches. India thrashed the visitors by 82 runs in the penultimate 4th T20I which was played in Rajkot on Friday. Rishabh Pant & Co. will be hoping to continue their winning run against the Proteas on Sunday.

India didn't get off to an ideal start in the T20I series against South Africa with Pant leading the side in the absence of both Rohit Sharma and KL Rahul. The hosts lost the first two games on the trot before bouncing back to level the series and take it to the decider on Sunday.

While India's top-order failed to deliver yet again in the last encounter between the two sides, both Hardik Pandya and Dinesh Karthik continued their fabulous run with the bat. Karthik played a sensational knock of 27-ball 55 while Pandya scored a crucial 46 off 31 balls to help India post a fighting total of 169 runs on the board.

However, it turned out to be a one-sided affair after Avesh Khan ran riot with the ball during South Africa's run-chase. The Indian pacer picked up a four-wicket haul to bundle out the Proteas for a paltry 87 and secure a comfortable 82-run victory for the hosts.

India have not made any changes in their line-up throughout the series and are expected to field the same playing XI in the series decider in Bengaluru on Sunday. However, the batters will have to step up and give the hosts a good start at the top to ensure they can make the most of the batting-friendly track at the Chinnaswamy Stadium.

The spotlight will be on the likes of Ruturaj Gaikwad, Rishabh Pant and Shreyas Iyer, who have all been far from consistent in the ongoing series. Meanwhile, Yuzvenda Chahal would also be hoping to produce a better show with the ball after his lacklustre performances so far in the series.

India have found the winning momentum with back-to-back victories in the last two games and will be hoping to make it three wins in a row on Sunday. Pant & Co. have a settled bowling attack and will hope for the batters to step up in the decider to help them clinch the series. India are likely to trounce South Africa and clinch the series on Sunday.