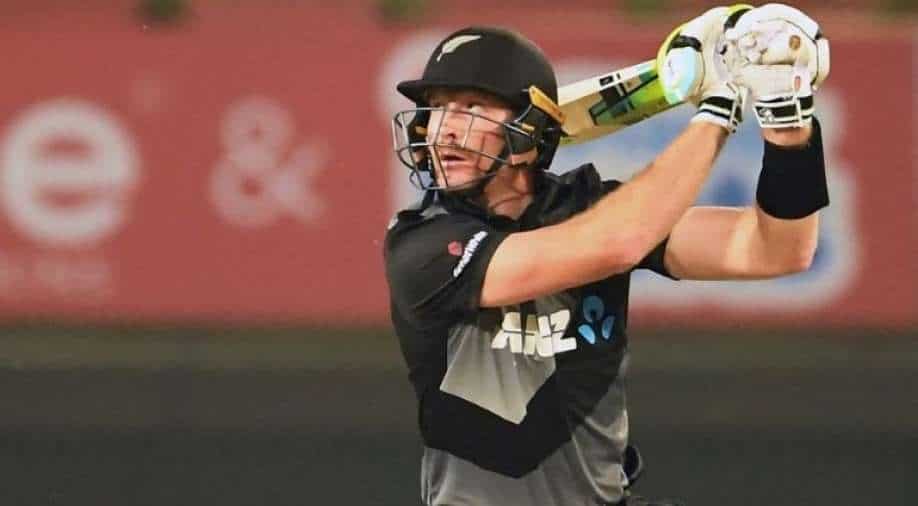 Martin Guptill has now scored a total of 3,248 runs and is at the top of the tally, followed by Virat Kohli and Rohit Sharma with 3,227 and 3,086 runs respectively.

Guptill achieved the feat during his knock of 31 in the second T20 match against India, which is being played in Ranchi.

The Kiwi batter has now scored a total of 3,248 runs and is at the top of the tally, followed by Virat Kohli and Rohit Sharma with 3,227 and 3,086 runs respectively.

Indian Premier League franchise Mumbai Indians took to their Twitter and wrote, "Congratulations to @martyguptill for becoming the leading run-scorer in men`s T20I."

Congratulations to @martyguptill for becoming the leading run-scorer in men's T20I. 🙌🇳🇿#OneFamily #INDvNZ

Speaking ahead of the game, Guptill said: "We got to knockout stage in the T20 World Cup, so that was good. The other night we were just a little short of where we wanted to be with the bat. It`s all about contributing to the team and doing whatever I can to get us to win. I contributed a bit with the bat in the T20 World Cup and took it very deep against Scotland. I just want to go out tonight and do the same things that I have been doing. There is no guarantee in T20 cricket."

Coming to the match, India skipper Rohit Sharma won the toss and opted to bowl against New Zealand.

The team made one change as Harshal Patel was handed a debut with pacer Mohammed Siraj injuring his hand in the opening game of the series on Wednesday.

New Zealand also made three changes to the team that lost the opening game in Jaipur as Milne, Neesham and Sodhi are back for Ferguson, Rachin Ravindra and Astle.