IND vs NZ 2nd T20I prediction: Who will win today's match between India and New Zealand? 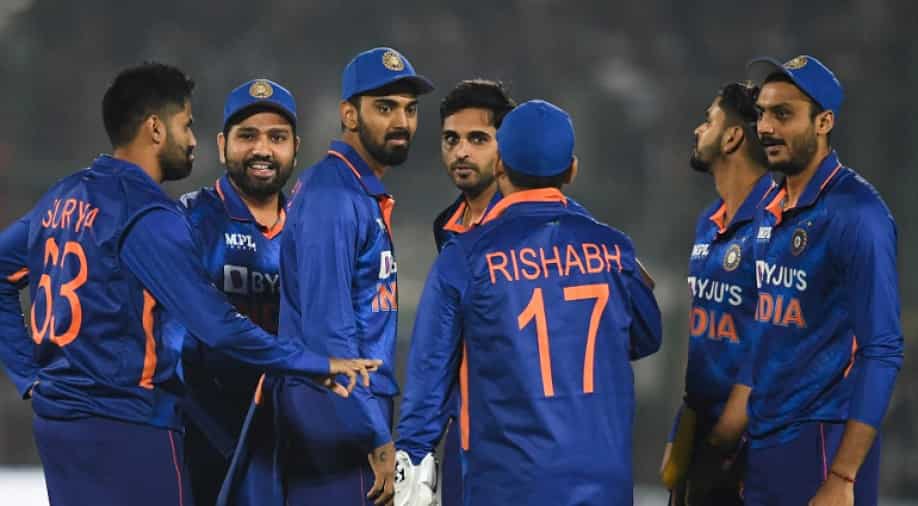 India will take on New Zealand in the 2nd T20I in Ranchi on Friday. Photograph:( AFP )

India will lock horns with New Zealand in the second T20I of the ongoing three-match series in Ranchi on Friday. Here is our prediction for the penultimate encounter.

India will be looking to clinch the three-match T20I series 2-0 when they take on New Zealand in the second T20I in Ranchi on Friday (November 19). India won the opening encounter by five wickets in Jaipur on Wednesday to get off to a winning start and will be aiming to take an unassailable 2-0 lead in Ranchi on Friday.

Under newly-appointed T20I captain Rohit Sharma and head coach Rahul Dravid, Team India embarked into a new era with a close win against the Kiwis. Asked to chase the target of 165 runs, the hosts rode on a brilliant 62 off 40 balls from Suryakumar Yadav and skipper Rohit's 48 off 36 deliveries to get over the line with two balls to spare.

While the batters rose up to the occasion, it was a disappointing performance overall from the bowlers in the first T20I as the likes of Deepak Chahar, Mohammad Siraj and Axar Patel went for runs. While Chahar conceded 42 runs in his four overs, Siraj went for 39 and Axar conceded 31 runs while going wicket-less.

Martin Guptill (70) and young Mark Chapman (63) were the top scorers for the visitors and played two brilliant knocks to help them post 164 runs on the board in 20 overs. The Indian bowlers will be hoping to produce a more disciplined performance in the second T20I in Ranchi on Friday.

India are unlikely to make a change in their playing XI, but skipper Rohit and the team management might look at giving some game time to senior spinner Yuzvendra Chahal and explosive young batter Ishan Kishan, who can either open the innings or slot into the middle-order.

India looked a strong unit overall in the series-opener against the Kiwis and will be looking to make it two wins in a row to seal the series on Sunday. The Black Caps are definitely missing their captain Kane Williamson in the middle-order but will look to give India a tough fight. India should come out on top and clinch the series in Ranchi on Friday.