1st Test: 5 Indian batsmen to watch out for against Australia at Adelaide 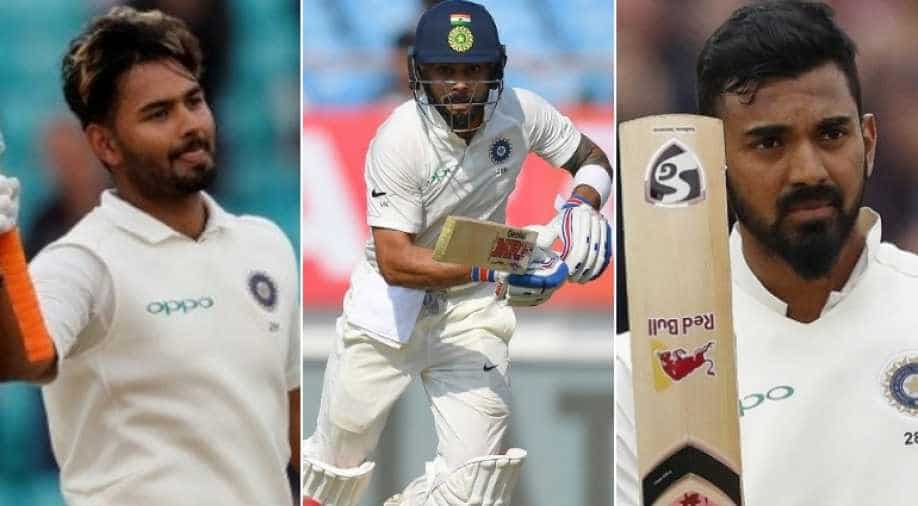 The Indian cricket team has never won a Test series in Australia.

No.1 Test team India will take on Australia tomorrow in the first of the four test-game series. The upcoming games are seen by the cricket pundits as the best chance for the Men in Blue to end their Test series jinx as Australia will be without Steve Smith and David Warner.

The Indian cricket team has never won a Test series in Australia but with the star batsmen not being part of the Australian squad due to their roles in the ball-tampering scandal, the visitors for the first time will enter the ground as favourites.

A day before the nail-biting clash begins, let's take a look at the top five Indian batsmen who could make a big impact against Australia.

2) Murali Vijay: The India opener has not been in his best form so far but has the potential to take the Aussie bowlers apart. He has played six Tests, scoring a total of 233 runs at a dismal average of 21.18 with just a solitary century to his name.  Due to his poor show, Vijay was ignored for the two-Test series against the Windies in India but made his case for an opening slot in the Adelaide Test with a classy 132-ball 129, which included 16 boundaries and five sixes. The last time Vijay played in Adelaide, he scored 53 and 99. In the four-match series in 2014/15, which India lost 0-2, he had scored a total of 482 runs at an average of 60.25.

3) KL Rahul: Like his opening partner, Rahul too has struggled in the longest format of the game this year. The 26-year-old has played 10 Tests this year, scoring a total of 420 runs at an average of 24.70 with just a single hundred. Consistency has been Rahul's biggest problem and the right-hander should count himself lucky that Prithvi Shaw is injured, getting a chance to prove his worth again.

4) Cheteshwar Pujara: Pujara too has had an underwhelming year but the middle-order batsman has scored 509 runs in 10 Tests this year at an average of 31.81 with one century to his name. The right-hander struggled big time in South Africa with a return of just 100 runs in the three Tests at an average of 16.66. His poor performance against the Proteas saw him being dropped from the first Test against England at Edgbaston. But he returned for the next four Tests where he managed to score 278 runs at an average of 39.71.

5) Rishabh Pant: The young wicketkeeper-batsman is seen as the perfect replacement for MS Dhoni, both as gloveman and middle-order batsman.  His performances with the bat, in his brief period with the Indian Test team that has also raised expectations among the fans. Pant has played five Tests in total -- three in England and two against the Windies in India. He has scored 346 runs at an average of 43.25. The youngster already has a Test century to his name and that also in England. The 21-year-old was prolific against the Windies as well, scoring 184 runs in the two-Test series at an average of 92.