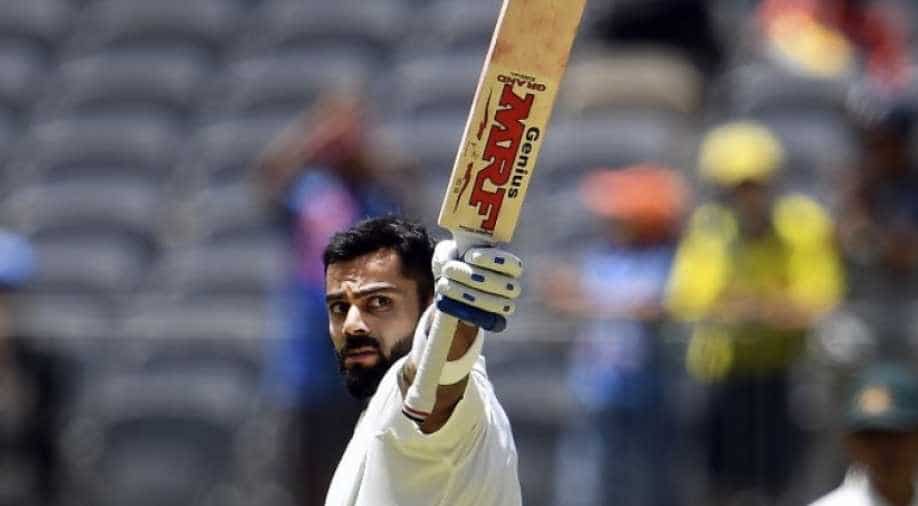 The Indian captain broke several records in 2018 and has started off the new year with another big one.

Virat Kohli failed to impress his fans with his batting as he was dismissed by Josh Hazlewood for 23 on Day 1 of the 4th Test in Sydney against Australia. However, the Indian skipper has bagged another major record to his name as he became the fastest to reach 19000 international runs, again surpassing his idol Sachin Tendulkar.

The Indian captain broke several records in 2018 and has started off the new year with another big one.

While Tendulkar reached the landmark in 432 innings, Kohli took 33 less as he reached the same point in his cricketing career in 399 innings.

The 30-year-old Delhi lad ended 2018 with a total of 2735 international runs, which comprised 11 hundreds, to cap-off another stellar calendar year.

Having concluded the year with 1322 runs in 13 Tests, averaging over 55, Kohli hence ended the period as the top-scoring batsman in the format, justifying his position as the No. 1 Test batsman in the world.

In ODIs, meanwhile, Virat scored 1202 runs in 14 matches that brought about a total of 6 centuries.