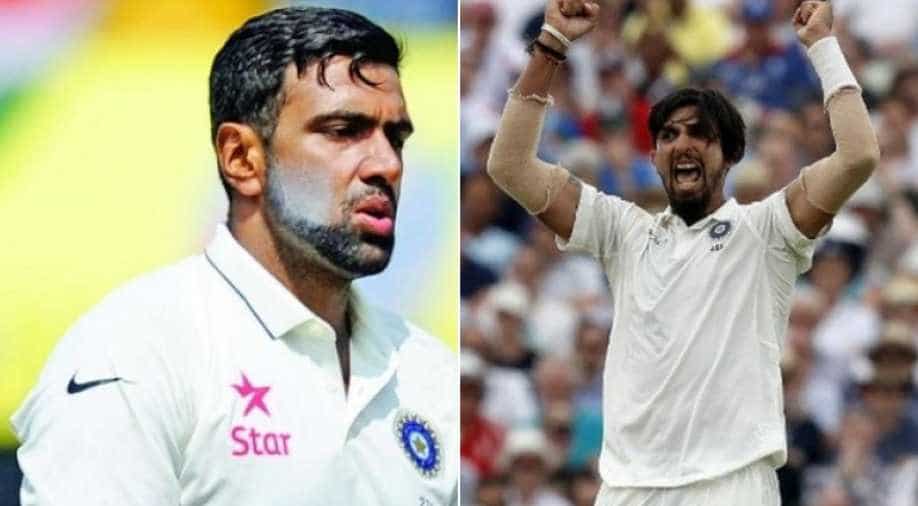 Leading 2-1 in the four-match series, India remain firm favourites to make it 3-1 at the Sydney Cricket Ground.

India's unwavering pursuit of history hit a minor glitch in 11th hour injury concerns but Virat Kohli's men will still walk in as overwhelming favourites against a faltering Australia in the fourth and final Test starting Thursday.

Leading 2-1 in the four-match series, India remain firm favourites to make it 3-1 at the Sydney Cricket Ground despite the injury-forced omission of premier spinner Ravichandran Ashwin and senior pacer Ishant Sharma, who has not been named in the 13-member list.

Virat Kohli, thus, is in a unique position as the only Indian captain to go into the final Test on the Australian soil with the cushion of a series lead.

A series win in Australia will certainly put Kohli on a different pedestal even though the quality of the home team's batting line-up suffered due to the ball-tampering bans on former skipper Steve Smith and his deputy David Warner.

Kohli will also need to fret over his team combination as the skipper revealed that senior off-spinner hasn't adequately recovered from his injury despite being named in the preliminary 13-member squad.

With spin considered a traditional factor in any Sydney Test, India were left fretting over the fitness of off-spinner R Ashwin, who is yet to recover from left abdominal strain that laid him low after the first Test in Adelaide.

Ishant is out after experiencing discomfort in his left rib cage and the team management didn't want to risk him by playing him in the decider.

While Ashwin had played on in Nottingham and Southampton (despite a groin injury as revealed by the team management only at the Oval), he has already missed two Tests - in Perth and Melbourne - in the on-going series.

"It's unfortunate that he's had two niggles that are quite similar in the last two away tours," said skipper Kohli.

"He's very important for sure. In Test cricket, he's a vital part of this team and we wanted him to be 100 per cent fit for a longer period to that he can come back to us in the Test format. He is very disappointed that he's not able to recover in time," Kohli elaborated.

In a strange u-turn, after he was ruled out at the time of Kohli's pre-match press conference, Ashwin was named in the 13-man shortlist for this fourth Test.

A final decision on his fitness and availability for the match will be taken at toss-time.

Additionally, India have included left-arm wrist spinner Kuldeep Yadav as cover, in case the skipper decides to go in with two spinners.

Umesh Yadav has been included in place of Ishant, along with Mohammed Shami and Jasprit Bumrah.

In Rohit Sharma's absence, out-of-favour opener KL Rahul could be slated for a comeback after missing out in Melbourne, with Hanuma Vihari slotting down to his number six spot.

This is on assumption that regardless of Ashwin's fitness, India will opt to play four bowlers, whether in two-pacer-two spinners or three-pacers-one-spinner combination.

There is no option of playing an all-rounder as Hardik Pandya continues to be ignored, despite a hectic pre-match workout in the nets with both bat and ball.
Kohli has described Vihari as an "exciting" spinner and he will be the second spin option, if India retain their bowling combination from the MCG Test.

Additionally, this 13-man shortlist can also be seen as a ploy to keep Australia guessing, for the hosts made a departure from norm and decided not to name their playing eleven for the first time in this series.

Skipper Tim Paine said that they would wait to announce the team until the toss, taking into consideration if India opt to play two full-time spinners.

While they need at least a draw in Sydney to win the series outright, India will retain the Border-Gavaskar Trophy irrespective of the result. Kohli will join Ganguly as the only Indian captain to have achieved this feat in Australia.

Additionally, one more win will take Kohli ahead of Ganguly, who led India to 11 wins in 28 overseas Tests. Kohli has matched that record in 24 away Tests.

For Australia, batsman Peter Handscomb is expected to make a comeback for Mitchell Marsh, who has come under severe criticism after his poor shot selection in Melbourne.

The other toss-up is between opener Aaron Finch and leg-spin all-rounder Marnus Labuschagne. If Finch is left out, Usman Khawaja will open with Marcus Harris, and Labuschagne slotting in the middle-order.

It remains to be seen if this would solve any of Australia's batting problems, with not a single batsman scoring a century so far in this Test series.
Teams: