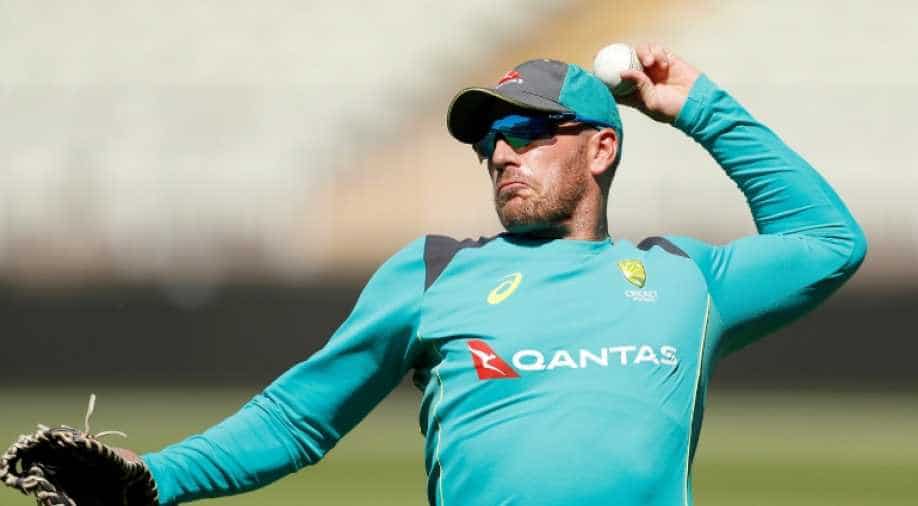 Australian pace spearhead has been Mitchell Starc called up for his first Twenty20 international in two years.

Australia won the toss and opted to bat in the third and final T20I match against India at Sydney's cricket stadium on Sunday.

Aaron Finch-led Australia are leading the three-match series 1-0 after winning the first match at Brisbane, while the second match was called off due to heavy rains in Melbourne on Friday.

After winning the toss, Finch said, "Looks a pretty good wicket, a bit dry and if we can put runs on the board, we are backing ourselves to defend anything,"

Australian pace spearhead has been Mitchell Starc called up for his first Twenty20 international in two years. He replaced Jason Behrendorff.

Stanlake was ruled out of the series decider after sustaining an ankle injury in the warm-up before the washed-out second T20I.

Australia wins the toss and they have put us to bowl first #AUSvIND pic.twitter.com/yNo3RdNrvo

"It's exciting to have Mitchy back in the side, it's been two years since he's played a game and is raring to go," said Finch.

On the other hand, Virat Kohli's will enter Sydney Cricket Ground with the same combination.

"The last game we played here, we chased down a big score. Even at the MCG, we were able to restrict them to a decent score," said Indian skipper Virat Kohli.

"It's always lovely to play in Sydney, we get a lot of support here. Always a full house and 85 per cent Indian fans here," he added.

"Our intensity was right up there in the last game and we're really looking forward to this one."