'In Test-cricket, you learn to be disciplined', says Centurion tie's Player-of-the-Match KL Rahul 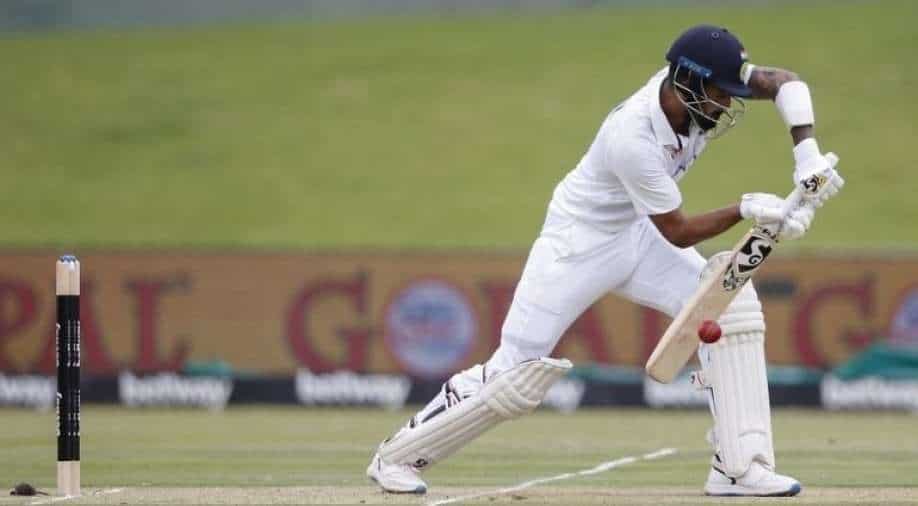 The 29-year-old spoke in affirmative of head coach Rahul Dravid`s presence in the dressing room, saying India are really lucky in having him at the helm.

India opener KL Rahul believes that enjoying in leaving balls outside the off-stump is key to do well in Test cricket. He added that the Indian team is lucky to have legendary batter and former India captain Rahul Dravid as the head coach for he brings a lot of calmness and balance in the dressing room.

Since his re-entry into Test cricket, Rahul has scored 461 runs in ten innings at an average of 46.10. In his knock of 123 in the first innings at Centurion, for which he got the player of the match award, Rahul displayed the attributes which got him success: leaving balls outside the off-stump, defending with soft hands, not being rattled by short-ball barrage and punished bad balls by sending them to boundary ropes.

ALSO READ: Ind vs SA, Centurion Test: You want to learn as much as possible from Rahul Dravid, says KL Rahul

"It's something that I am enjoying doing a lot, to be honest. I think that's the key to Test cricket. You need to enjoy leaving balls outside the off-stump. I know we play a lot of T20 and ODI cricket and smash the ball all over the park is exciting and thrilling. At the same time, when you come to Test cricket, you learn to be disciplined and play the waiting game and try to enjoy that," said Rahul in the virtual press conference after India won by 113 runs at SuperSport Park.

Mixing enjoyment and responsibility as an opener in Test cricket has been exciting till now for the Test vice-captain.

"Sometimes, the mistakes happen when you are bored of doing the same things. But, for me, I have tried to enjoy leaving balls outside the off-stump, playing defensive shots, tiring the bowlers at times. That is what is expected out of me as an opener for the team. So, in this year, since I have started playing Test matches again in England, I have started enjoying doing those things and had a good knock here in this game. Now, I have to go to the Wanderers and try to do the same thing all over again, which is exciting for me."

The 29-year-old spoke in affirmative of head coach Rahul Dravid`s presence in the dressing room, saying India are really lucky in having him at the helm.

"When a legendary player like Rahul Dravid comes into the dressing room as the coach, you want to sit with him and talk to him about what he did in these conditions. Like, how he was successful for so many years and you talk about the art of batting, for which we are very lucky to have a guy like him in the dressing room, who has brought in a lot of calm and balance into the dressing room. He focuses a lot on the preparations and made us work really hard at the training in nets. We have enjoyed that period and having him presents an opportunity for us to learn and get better as cricketers and people. That's a great thing for us."

The 29-year-old acknowledged the decisive role of winning the toss in India posting a first innings total of 327, which set the base for taking a 130-run lead and eventually winning the match.

"It was a really crucial toss for us to win, especially after we saw how the pitch started to play on day three and four. Winning the toss was crucial as it was very crucial for us to put up a decent total up on board in the first innings because we knew that the cracks will open up and will be harder as the game progresses to score runs. Our aim was to get around 350-360 and give a chance to our bowlers to do what they do. Really happy that we could do that."