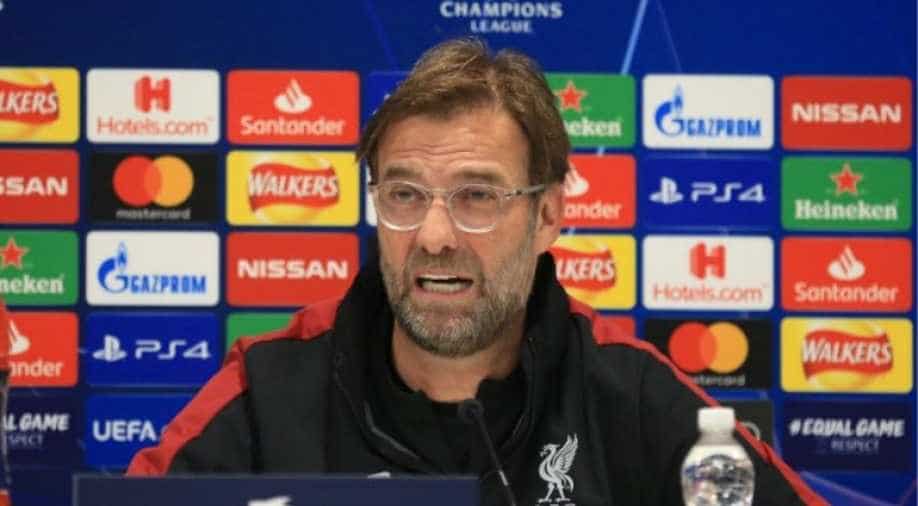 After guiding his team to the semi-finals of UEFA Champions League, Liverpool manager Jurgen Klopp said that his focus is now on Liverpool's next Premier League clash against Cardiff.

Liverpool registered an easy second leg win over Porto in the quarter-finals of UCL with an aggregate of 6-1 on Wednesday. The Reds have set up their semi-finals with La Liga giants Barcelona.

Klopp, whose side is in contention for a domestic league, said and said his focus now will solely be on their next domestic opponent - Cardiff City as the two sides will meet on Sunday.

"That is in my mind and will be in my mind 100 per cent when I wake up tomorrow. And not how we play against Barcelona. We have enough time for that," said Klopp during the post-match conference.

"I'm happy for all the people at the club. It is the second time, second year in the semi-final and that is a big statement."

Jurgen Klopp made a series of changes to the lineup from the first leg, revamping the midfield and using Firmino as a second-half substitute.

Sadio Mane, Mohamed Salah, Roberto Firmino and Virgil van Dijk netted for the Premier League leaders after they had held off the ambitions of Porto in the first half and then scored three times in the final half an hour.

It was not quite a repeat of the 5-0 rout Liverpool enjoyed here 14 months ago but by the final whistle the effect was just the same.

Liverpool, which lost to Real Madrid in the final last season, will now face Barcelona, which eliminated Manchester United 4-0 on aggregate on Tuesday.