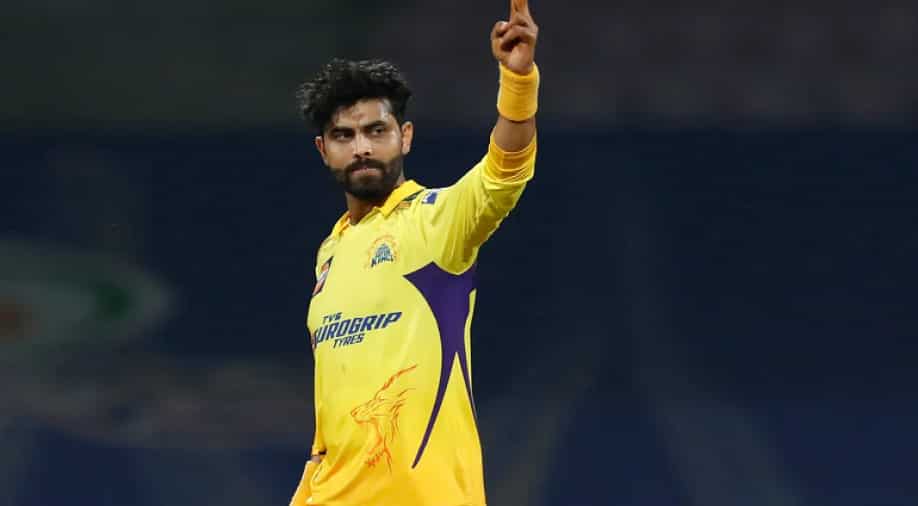 Ravindra Jadeja is likely to be ruled out of the remainder of IPL 2022. | Photo - IPL | Photograph:( Others )

Chennai Super Kings (CSK) all-rounder Ravindra Jadeja is likely to be ruled out of the remainder of IPL 2022 due to an injury.

In what can be a huge blow for MS Dhoni-led Chennai Super Kings (CSK), star all-rounder Ravindra Jadeja is likely to be ruled out of the remainder of the ongoing Indian Premier League (IPL) 2022. The former CSK skipper had missed the side's last game against Delhi Capitals (DC) owing to an injury and is now reportedly set to miss the remaining matches.

Jadeja had injured his arm while fielding during the game against Royal Challengers Bangalore following which he had to sit out against Delhi Capitals. However, his absence was not felt much as CSK went on to thrash DC by 91 runs after posting a huge total of 208 runs on the board to keep their playoffs hopes alive.

Shivam Dube had come in as Jadeja's replacement in the game and played a good cameo of 32 off 19 balls laced with two sixes and two fours. As per a report in the Times of India, Jadeja can miss the remainder of the season as the CSK camp assessed his injury and it has not gotten better in the last couple of days.

It can be a huge blow to CSK as they still have an outside chance of making it to the top four. Despite not having played to the best of their potential this season, CSK have managed 8 points in 11 matches so far and can finish the season with a maximum of 14 points which might be enough for them to qualify depending on the results of other teams.

CSK had started the season under Jadeja's captaincy after Dhoni handed over the reins to the star all-rounder just before the start of the tournament. However, Jadeja handed over the baton back to Dhoni midway through the campaign and decided to quit captaincy.

CSK have since managed to win two out of their last three games under Dhoni. They will be hoping to win their remaining three matches on the trot to ensure they remain in the race for the playoffs till the end of the league stage. CSK will next face arch-rivals Mumbai Indians on Thursday (May 12).