'How the hell do you bounce back': When Greg Chappell called Ravi Shastri to laud Team India 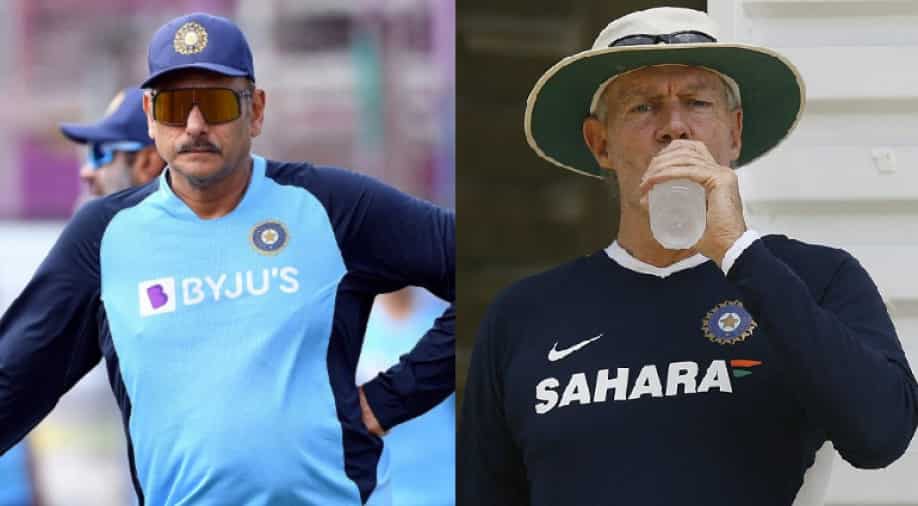 Former India fielding coach R Sridhar recently recalled an instance where Australian great Greg Chappell had called Ravi Shastri to ask how did his team manage to bounce back even after facing several defeats.

Former India fielding coach R Sridhar has heaped praise on ex-India head coach Ravi Shastri. Sridhar, who worked under Shastri during his tenure with the Indian team, said a bad day for the team used to be a great coaching opportunity for him. India had a few terrible outings on the field under Shastri but managed to bounce back stronger each time.

India's worst defeat under Shastri came in the Adelaide Test against Australia during the Border-Gavaskar Trophy 2020-21 when the visitors were bundled out for a record lowest total of 36 runs in their second innings. In August this year, India were skittled out for 78 in the Leeds Test against England. However, on both occasions, they managed to bounce back and win their next game.

The former India fielding coach recalled an instance when Shastri got a call from Australian great Greg Chapell, who asked him 'how the hell' did his team manage to bounce back even after facing several losses. Sridhar said to stage a comeback from such situations was the real character shown by the Indian team under Shastri and that every bad day was harnessed like a gold mine.

“Recently, Greg Chappell called up and asked Ravi Bhai, ‘How the hell do you bounce back after so many losses?’ That's a benchmark for this team. Every bad day was harnessed like a gold mine," Sridhar said.

While India failed to win a single ICC trophy under Shastri as the head coach of the team, the Virat Kohli-led side became a force to reckon with in Test cricket and registered some memorable series wins both at home and away from home, including back-to-back Test series wins in Australia.

Shastri's tenure as the head coach came to an end after the conclusion of the T20 World Cup in October this year following which he was replaced by current head coach Rahul Dravid. Sridhar, meanwhile, has been replaced by TK Diliep as the fielding coach of the team.